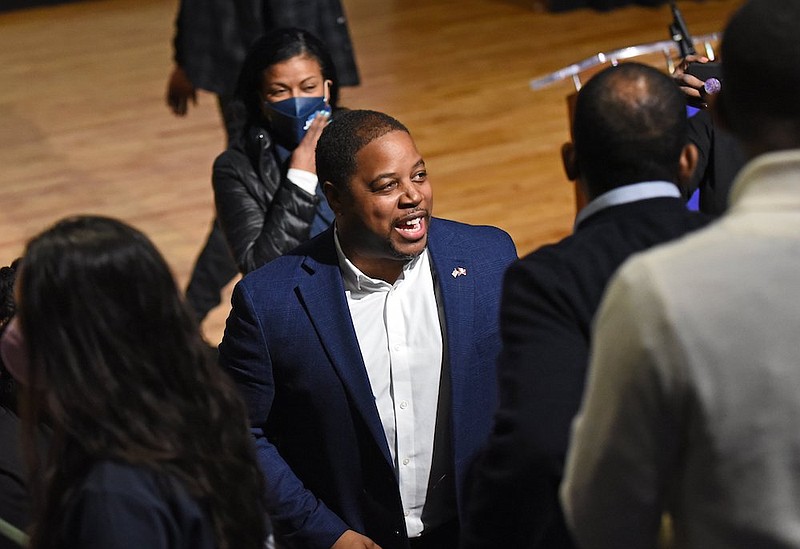 Chris Jones, a Democratic candidate for governor of Arkansas, speaks with event attendees during the kickoff rally for The Promise of Arkansas Tour in February 2022 at the Venue at Westwind in North Little Rock. (Arkansas Democrat-Gazette/Staci Vandagriff)

Chris Jones on Tuesday won the Democratic nomination for governor of Arkansas to advance to the November general election.

At 8:42 p.m., the Associated Press called the race for Jones.

With 785 of 2551 precincts reporting, the unofficial vote totals in the Democratic primary were:

Jones of Little Rock is a former executive director of the Arkansas Regional Innovation Hub, a physicist and a minister.

The winner of the general election will succeed Republican Gov. Asa Hutchinson, who has been governor since 2015.