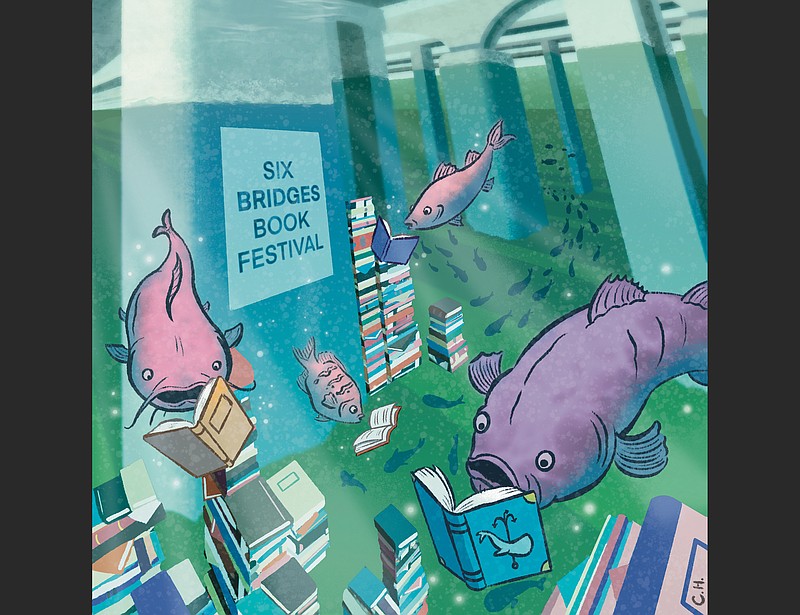 For 11 days, beginning Thursday, Little Rock will become a hub for all things bookish.

Among them will be New York Times bestseller and PEN/Faulkner Award winner Ann Patchett, whose latest is the essay collection "Precious Days"; and director-author and all-around-raconteur John Waters, who will perform his one-man show at the Ron Robinson Theater (see "Waters taking festival-goers to 'The End of the World'").

Patchett, whose presentation is set for Oct. 27, is one of several writers taking part in the festival online. Most of this year's participants, however, will attend in person.

"We will have 50 in-person events and 18 virtual events," says festival coordinator Brad Mooy. "It's fun to have in-person again."

With events spread across 11 days, Mooy says it will be easier for fans to make it to the events they want to see without the overlap that would occur when the festival was just four days long.

Not only will there be panels with authors and moderators, but the festival also includes film screenings ("The Exorcist," "The Shining" and Waters' dark comedy-satire "Serial Mom"), art exhibitions, a concert, cooking and book cover design workshops, a Teen Poetry Competition, a pie bake-off contest at The Root Cafe and activities for families and children.

"Someone was in my office this week and said that people don't understand how meaningful that program is," Mooy says. "It really is terrific. Students get to meet and hear from an author in their school, but also they get their book. It's made for a lot of memories and nice interactions." 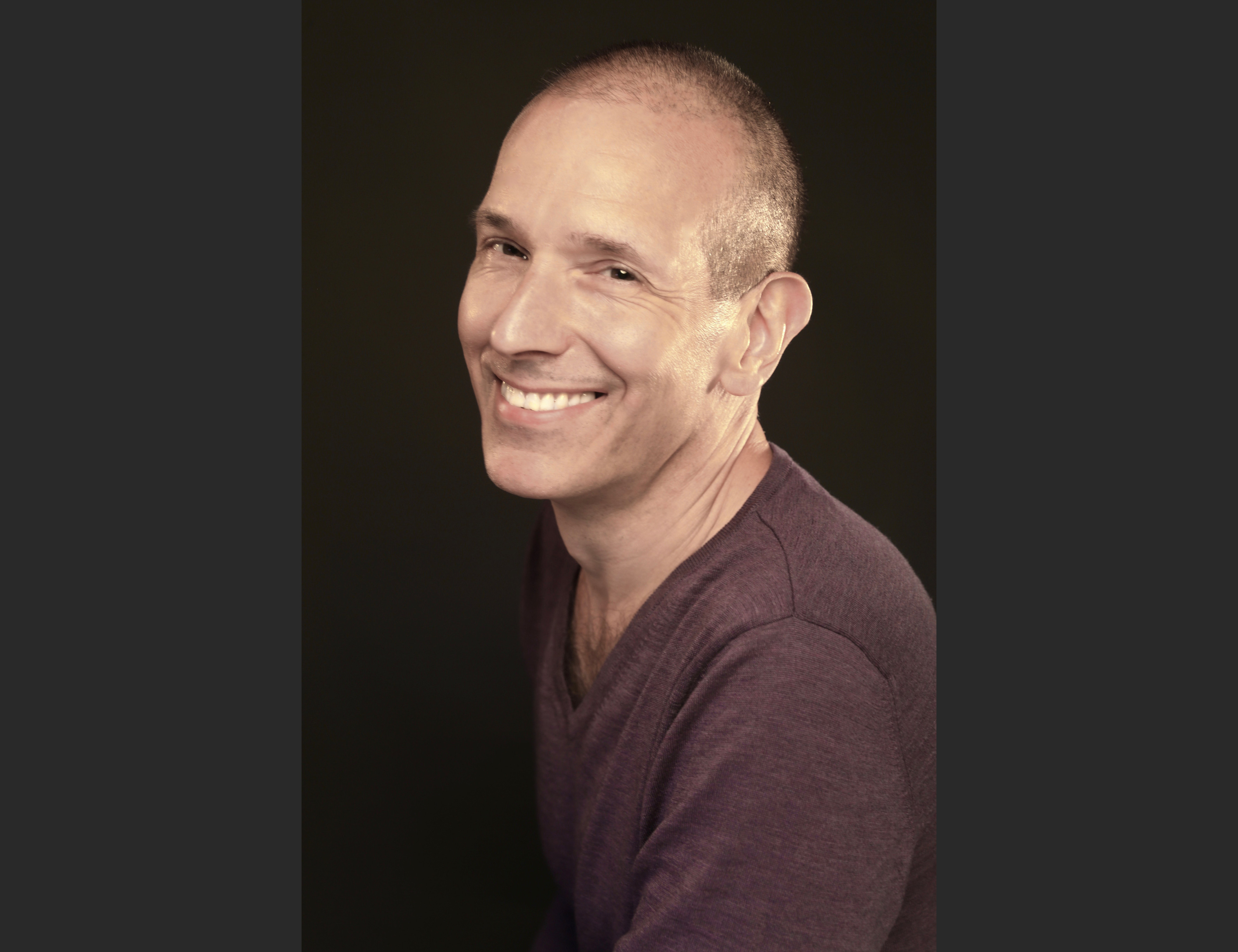 James Gavin is the author of “George Michael: A Life.” (Courtesy of Central Arkansas Library System)  Of course, meeting writers and discussing their books creates memories for readers of all ages. Along with Patchett, other authors of note taking part in the festival include Brandy Colbert ("Black Birds in the Sky"); Sam Quinones, ("The Least of Us: True Tales of America and Hope in the Time of Fentanyl and Meth"); Geoff Dyer ("The Last Days of Roger Federer"); and Zain Khalid ("Brother Alive") and Sean Thor Conroe ("Fu**boi"), who will appear together.

The latter "is a really cutting-edge fiction panel that I'm excited to bring to the festival," Mooy says.

Jorge L. Conteras will speak during a virtual program on his book "The Genome Defense: Inside the Epic Legal Battle to Determine Who Owns Your DNA." Appearing online from the UK will be Emma Kennedy, author of "Letters From Brenda," which is a collection of letters Kennedy found that were written by her late mother. Khentrul Lodro T'haye, a Tibetan monk living in Arkansas, will speak at an in-person event on his book "The Power of Mind, A Tibetan Monk's Guide to Finding Freedom in Every Challenge."

Three music biographers are scheduled to attend — Colin Edward Woodward ("Country Boy: The Roots of Johnny Cash") and Arkansas author Janis F. Kearney ("Only On Sundays: Mahalia Jackson's Long Journey"), the latter of whom will share an Oct. 29 panel with James Gavin ("George Michael: A Life").

"My job as a biographer is to neither be an apologist or a judge," he says from his home in New York. "It's to tell the truth and put these stories in a historical frame that explains why I would bother to do this."

He came to Michael's music a bit late, he admits, a few years after the pop star-heartthrob, who died Dec. 25, 2016, was topping the charts.

The connection finally was made when he heard Michael's 1996 album, "Older."

"In that album, he poured out his heart," Gavin says. "He had lost the love of his life to AIDS, his career was faltering ... he was so very unhappy with his life ... It just captivated me."

Gavin says he is looking forward to being on the same panel as Kearney.

"I love Mahalia Jackson. I'm fascinated by her, and I plan to read [Kearney's book] before I get to Arkansas."

Michael and his music will also be featured during "George Michael Reborn," a concert tribute to the singer starring Robert Bartko that is set for Oct. 29 at Ron Robinson Theater. 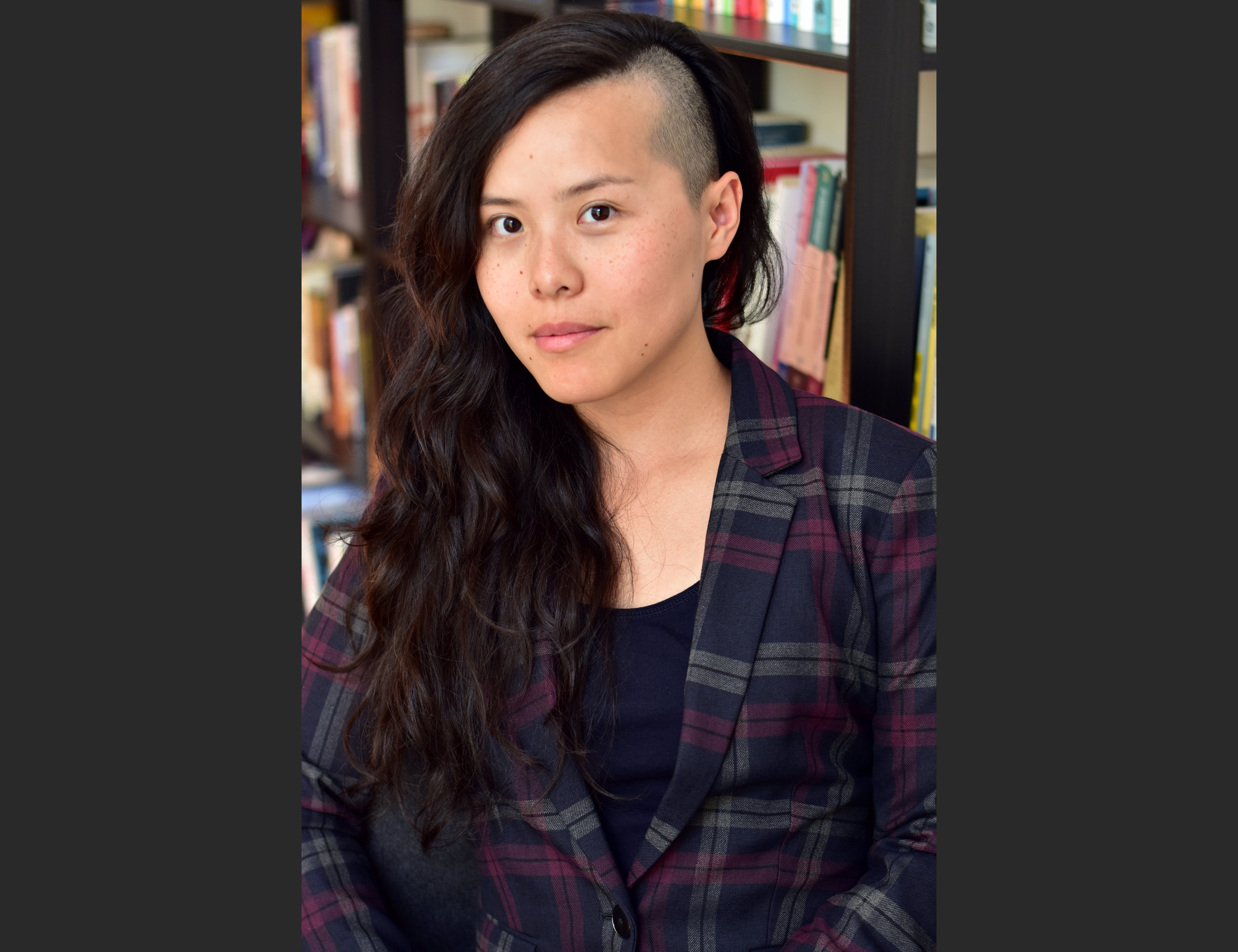 Kim Fu’s latest book is “Lesser Known Monsters of the 21st Century,” a collection of short stories. (Courtesy of Central Arkansas Library System)  Seattle author Kim Fu, who will take part in the Writers in the Schools program, will be featured during an Oct. 29 panel with moderator Kevin Brockmeier, the Little Rock author whose most recent work is "The Ghost Variations."

Fu's latest book is "Lesser Known Monsters of the 21st Century," a collection of fantastical short stories that blend science fiction, realism and fantasy. Fu brings the reader along through magical, sometimes disturbing tales where the Sandman visits a woman with insomnia, a young girl suddenly grows wings on her ankles and a couple spend their savings on a huge printer to bring themselves back to life after repeatedly killing each other.

"I was very superstitious" when it came to compiling the stories, she says. "I felt like if I said to someone that I was writing a book of short stories, they would all dry up and disappear."

In a blurb for her new book, Brockmeier praised Fu as someone who "writes with grace, wit, mischief, daring, and her own deep weird phosphorescent understanding."

Curiously, her Six Bridges attendance will be the first time the two have actually met.

"Without knowing me personally at all, he's done so much for my newest book," Fu says. "I'm a huge fan and have read all of his fiction for adults."

She's also looking forward to meeting and visiting with readers.

"At this point, I've learned to enjoy [book festivals] a lot. I really like the chance to meet people all over the country that I wouldn't get to otherwise and connect with audiences. I feel very lucky to be able to do it." 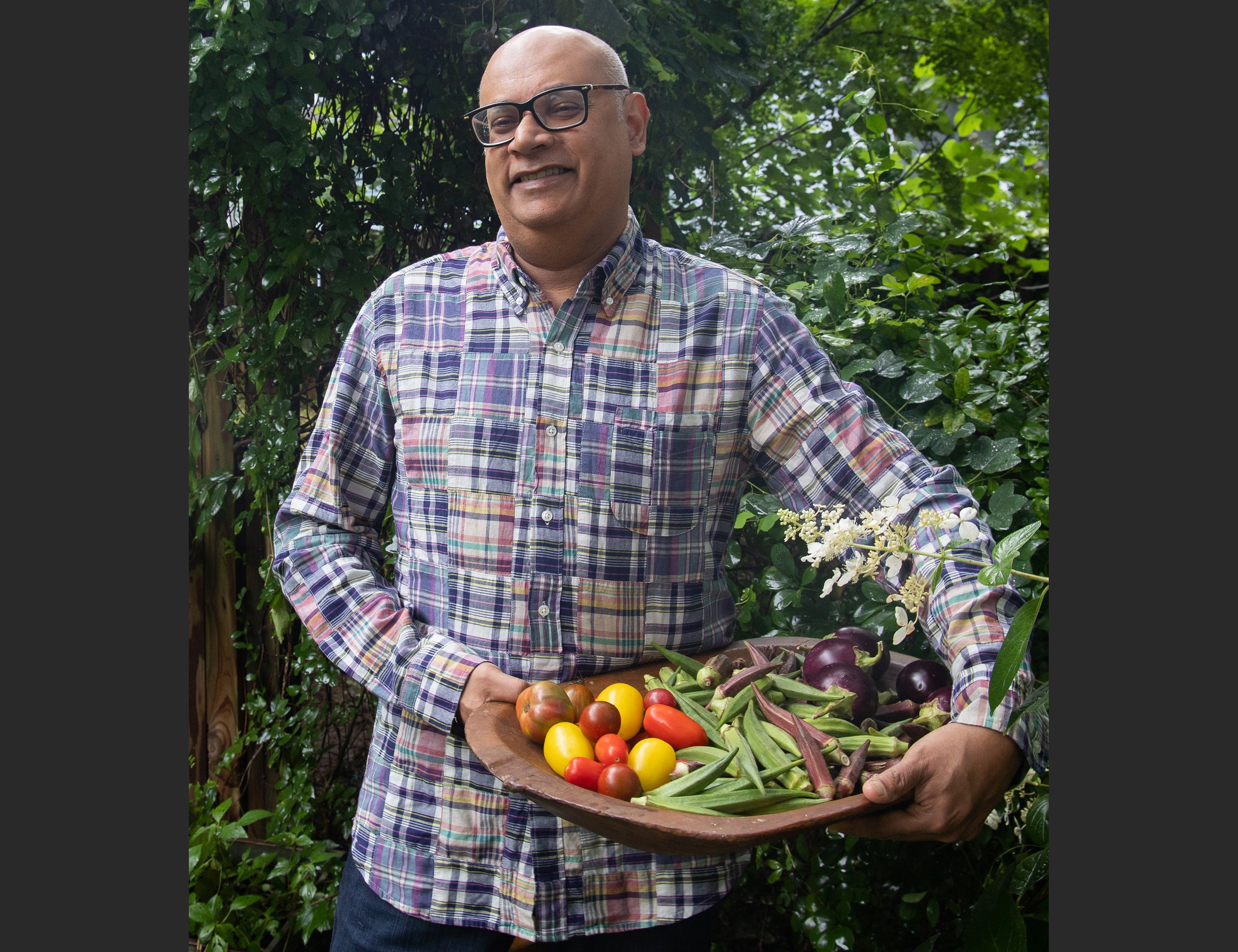 "I Am From Here" is the debut cookbook from Bhatt, the James Beard Award-winning chef at Snackbar in Oxford, Miss. The book "organizes 130 recipes by ingredient, emphasizing staples, spices, and vegetables that are as beloved on the Indian subcontinent as they are in the American South," according to its publisher, W.W. Norton.

Bhatt says that for inspiration he looked to books like "Pickles, Pigs & Whiskey: Recipes from My Three Favorite Food Groups and Then Some," by John Currence (whose City Grocery Restaurant Group owns Snackbar) and "Not Afraid of Flavor: Recipes from Magnolia Grill" by Ben and Karen Barker.

"Those books were big influences for Southern chefs, but [my book] is different in the sense that I wanted it laid out by ingredients and not just by recipes."

For those lucky enough to have snagged tickets for his "Evolving American South Cooking Workshop," Bhatt says he plans to pick at least one recipe from the book to prepare.

"People can expect something that is hopefully familiar, with an expanded flavor profile as far as spices." 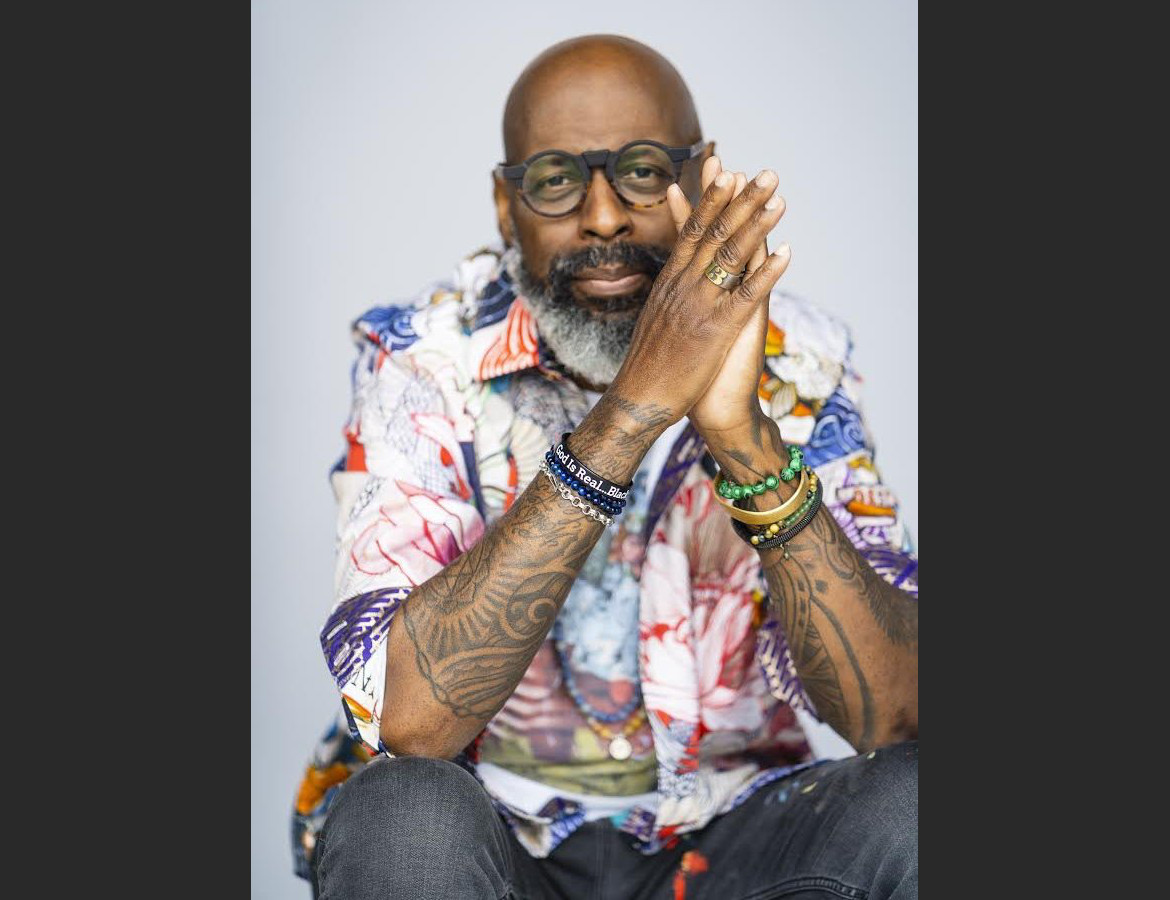 The art of author-illustrator Charly Palmer will be shown in the exhibit “Telling Stories: Illustrations & New Works.” (Courtesy of Central Arkansas Library System)  Visual art lovers will get to take in exhibits by author-illustrator Charly Palmer ("The Legend of Gravity"), whose "Telling Stories: Illustrations & New Works" will be up at Hearne Fine Art gallery in Little Rock until Dec. 1; and author-illustrator Oliver Jeffers ("The Day the Crayons Quit"), whose "15 Years of Picturing Books" will be shown at the Hillary Rodham Clinton Children's Library & Learning Center through Dec. 29.

Children's events will be the highlight on Oct. 29 at the Six Bridges Market in the River Market Pavilions.

"There will be lots of things to do for kids and families," says organizer Roby Brock. "We'll have oversize murals for photographs, roving characters, crafts activities, face-painting, music ... it will have sort of a festival-market atmosphere."