Waters taking festival-goers to ‘The End of the World’ 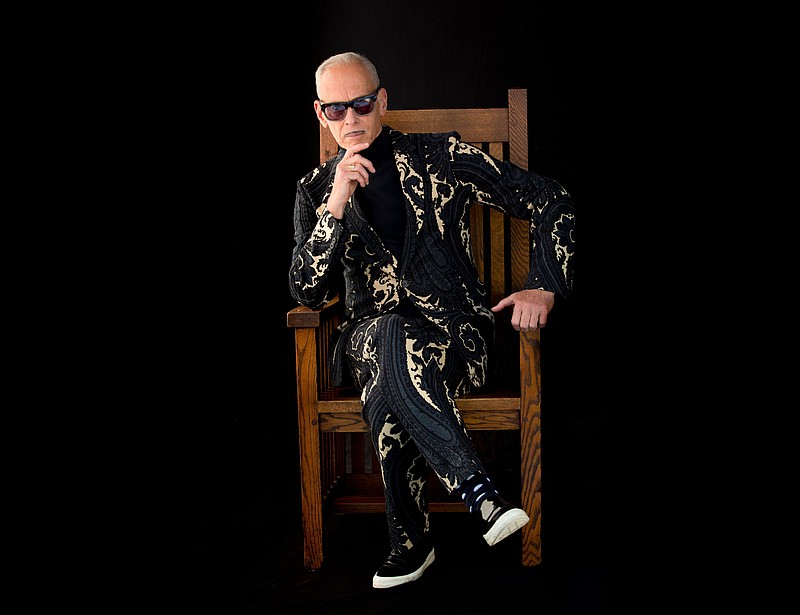 If you haven't secured a pass to see John Waters on Saturday during the Central Arkansas Library System's Six Bridges Book Festival, then you may feel like cursing your procrastinating ways: His one-man show sold out last month.

"Great," Waters says from his hometown of Baltimore when I tell him the news. "Plus, this is a new show. It's called 'The End of the World,' and I've only done it once or twice."

Those lucky enough to have tickets can expect the director, whose films include the cult classic "Pink Flamingos," "Polyester," "Cry Baby," "Hairspray" and "Serial Mom," to discuss "art, music, crime, fashion, sex, what you should do with your life, everything," he says. "It's a moment of despair and how we're going to fix it, which I think is very in tune with how everybody feels these days."

Waters, who spoke at the book festival in 2015, says the new show evolved from its earlier version, "False Negative: An Evening with John Waters."

"Every word is written and memorized. I rewrite it once a year, and then I have a big Christmas show that I rewrite. It's a burden to rewrite two whole 70-minute shows a year, but at the same time I think that's why people keep coming. They want to see what's up to date."

"The End of the World" show isn't the only Waters-related event at the festival. A free screening of his 1994 film "Serial Mom," starring Kathleen Turner and Sam Waterston, will be held at 7 p.m. Friday at the Ron Robinson Theater, 120 River Market Ave.

"That's my best movie," he says. "I finally had enough money to make a movie; I think we had a budget of $13 million. Kathleen was such a pro and everybody in it was so great. We made a Hollywood movie and it was a very, very good experience."

Along with his screenplays and solo shows Waters is the author of several nonfiction books, including the memoir "Mr. Know-It-All: The Tarnished Wisdom of a Filth Elder," "Shock Value: A Tasteful Book About Bad Taste," "Role Models" and "Carsick: John Waters Hitchhikes Across America."

Regarding the latter, the 76-year-old says he's hasn't been hitchhiking lately, "but I almost did the the other day when I was in San Francisco because the bus routes there are so horrible now. They took away half the stops ... so I was standing there and I was like, 'I'm not walking up this 10-block-long hill,' and I almost stuck my thumb out, but the bus did come."

His uproarious, manic debut novel, "Liarmouth ... A Feel Bad Romance," was published earlier this year by Farrar, Strauss & Giroux. It was announced on Oct. 6 that Village Roadshow Pictures planned to produce a film adaptation of the novel with Waters writing the script and directing.

The book tells the story of Marsha Sprinkle, the airport luggage thief, McMansion squatter, unrepentant liar and all-around sociopath who subsists on a diet of high-end crackers and whatever she can steal. After her latest luggage heist goes awry, Marsha is pursued by her hapless accomplice, Daryl, with whom she has promised to have sex (she was lying). Also after Marsha is her murderous daughter, Poppy, leader of a radical group of adult trampoline enthusiasts who bounce constantly and have names like Double Back Barbara, Twisted Billy, Leepa and Campolina. Among the novel's other characters are a dog that has undergone so much cosmetic surgery that she looks like Joan Rivers and is now transitioning into a cat.

Like so many of Waters' film characters, the book's misfits and deviants are presented sans judgment and with a healthy dose of satire, in this case the gentle needling of the politically correct.

"I am making fun of political correctness, even though I am politically correct in a weird way without being self-righteous," he says.