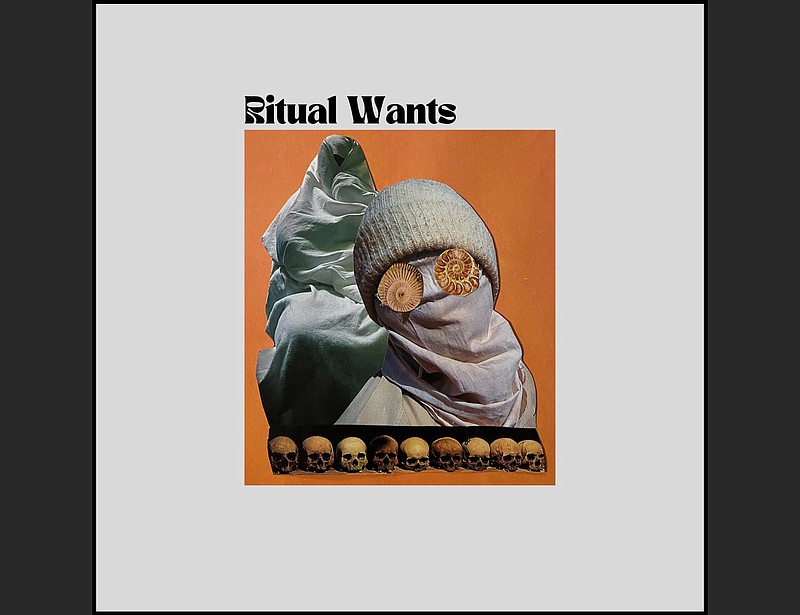 Last year saw a small avalanche of recordings by Trevor Bates. The Little Rock singer-songwriter released three LPs — two, "In the Eleventh House" and "On the Golden Precipice," consisting of what what he calls "esoteric Americana" and "Ritual Wants," a collection of lo-fi, noisy, garage-grunge. Oh, and there was also an EP of quirky, DIY, electronica-infused sketches ("war solutions").

Bates and the Ritual Wants Band — guitarist Charles Wyrick and drummer Aaron Shaneyfelt — will perform today at White Water Tavern in Little Rock. Opening acts will be Adam Faucett & the Spectral Class and How to Raise Wolves. The set, says Bates, will focus on music from "Ritual Wants" and "First Animal," his similarly gritty, indie rock album from 2020.

"I really want to be able to play [material from other albums], but I feel like that's going to require a little bit more instrumentation," the 37-year-old Bates says. "So this will just be focused on 'First Animal' and 'Ritual Wants,' which are sort of three-piece, garage rock. There is one song, 'Jill,' from 'On the Golden Precipice,' that is a little fuzzed out and we stick that one into the live set."

Bates, whose albums include the prog-rock influenced "No Way Out" from 2021, credits his 2020 purchase of a used, MSA SD 10 Classic pedal steel guitar for his recent venture into alt-country.

Working with friend and producer Nathan Moore, Bates recorded 19 songs that sound a bit like if lo-fi legends Sebadoh decided to go full alt-country. He then split the recordings between "On the Golden Precipice," which was released in October, and "In the Eleventh House," which came out in December.

[RELATED: Live Music in Arkansas for the Weekend of Jan. 20]

"These songs definitely came out of wanting to explore the pedal steel," he says.

He is a fan of "Sneaky" Pete Kleinow, the legendary pedal steel guitarist for Flying Burrito Brothers who also played on sessions with the Rolling Stones, Joni Mitchell, George Harrison, Jackson Brown and others. Lately he's been listening to pedal steel master Barry Walker Jr., who "does real experimental steel guitar music," Bates says. "It has a little bit of a nod to country, but it's got effects and echoes."

Bates will play bass and sing at tonight's show, and is quick to point out that his own skills on the pedal steel aren't likely to break any new ground.

"It's a lot of fun, but I'll probably be a lifelong mediocre pedal steel player."

Sandwiched between the two Americana albums was the unvarnished, cacophonous "Ritual Wants," which was released in November and was a project Bates, Shaneyfelt and Wyrick started working on in late 2021.

"It just kind of worked out that all of the albums were kind of finished up at the same time," Bates says. "There was a scenario where I could release all of this stuff last year, so I put four weeks between each [release] and that's how it worked out. It was really two totally separate projects and one of them got split into two [albums]."