The Dec. 9, 1820, edition of The Arkansas Gazette brought its subscribers a lurid batch of “Foreign Articles” from the Baltimore magazine Niles’ Register and other publications the Gazette had information-exchange agreements with.

Parliament was trying the queen of England on charges of adultery.

This queen is not named in the Gazette. She was Caroline of Brunswick, estranged wife of George IV. He charged that she had been sleeping with an Italian courtier and dressing indecently. He wanted a divorce.

The scandalous details were too plentiful for Page 1 to contain, and so the Gazette took the unusual step of continuing them on Page 2 — inside the four-page weekly. An editorial on Page 3 explained:

“From the universal attention which the trial of the queen of England excited in that country, and the tremendous consequences which are likely to result to that nation should she be convicted, we have been induced, to give a fair view of the subject, to devote a considerable share of our paper this week to the proceedings had on her trial.”

It is easy to assume that editorials were written by William E. Woodruff; but in March he had taken a business partner and junior editor, Robert Briggs of Massachusetts. The newspaper’s nameplate now bore the signature “By Woodruff & Briggs.” Both men were 24.

Not that subscribers should care about a queen’s guilt or innocence, the editorial continued, but based upon the latest news to arrive at Arkansas Post, dated Sept. 11, she had the affection of the English people.

“If she be guilty of the charges against her, it will exhibit a scene, degrading to the female character, and disgusting to all classes of society. If she be innocent it will add another among the many proofs of the entire depravity and corruption of the British Ministry.”

It would be March 8, 1821, before news of the outcome reached the Arkansas Territory: Parliament had refused to grant George a divorce from the popular queen, which led to joyous demonstrations in London.

Dec. 9, 1820, Arkansas Gazette. You can download a PDF by clicking the image, or by clicking here. 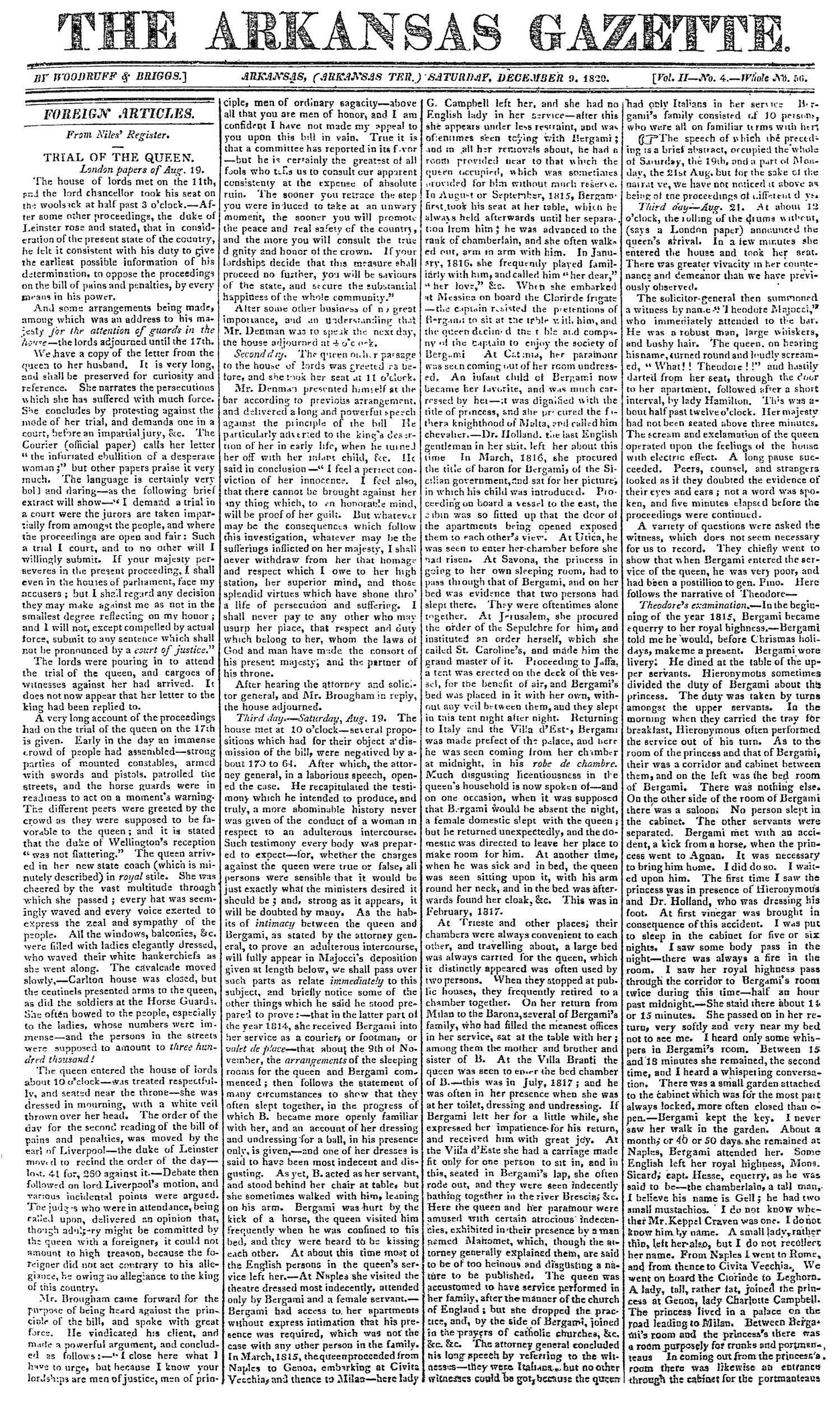 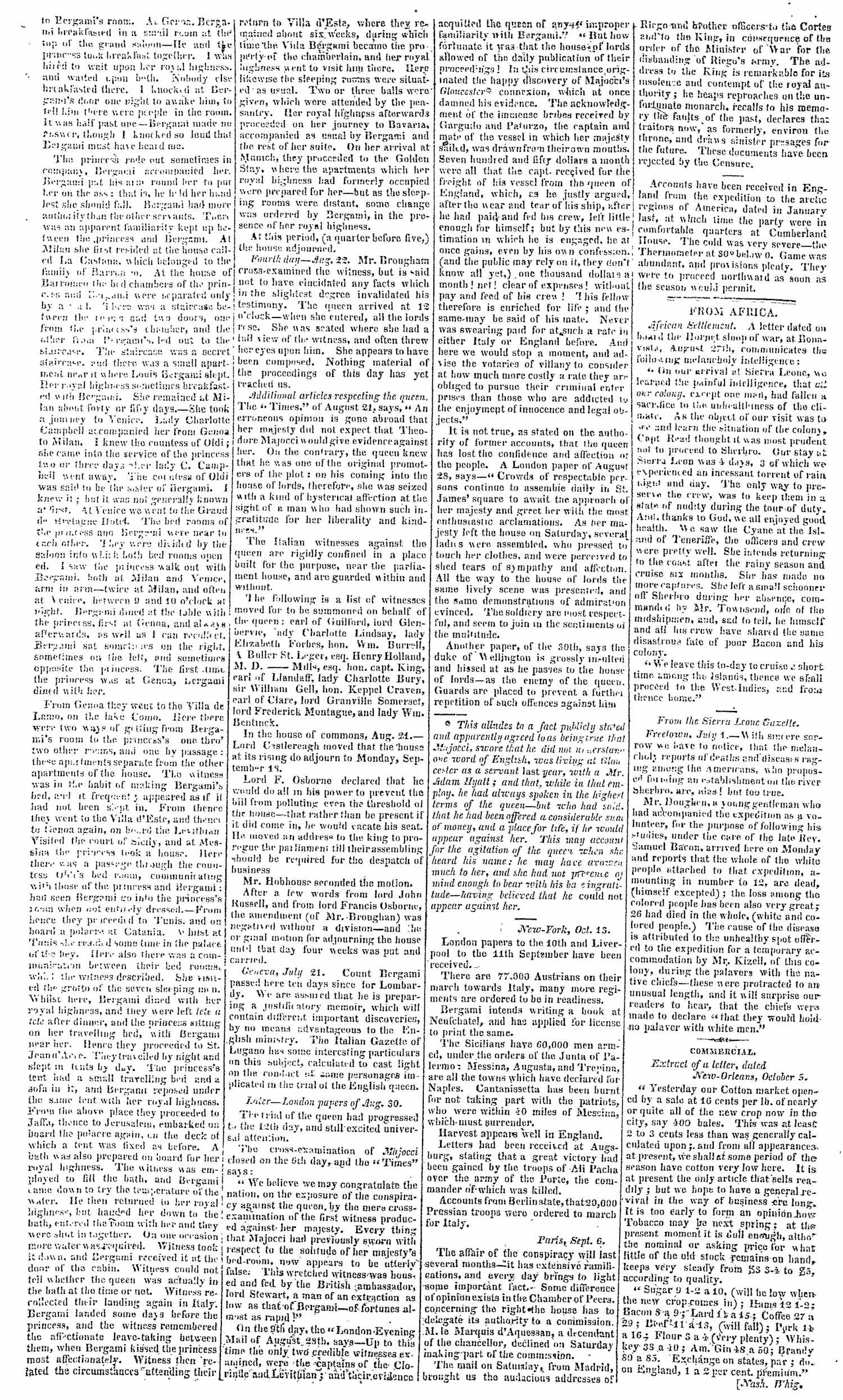 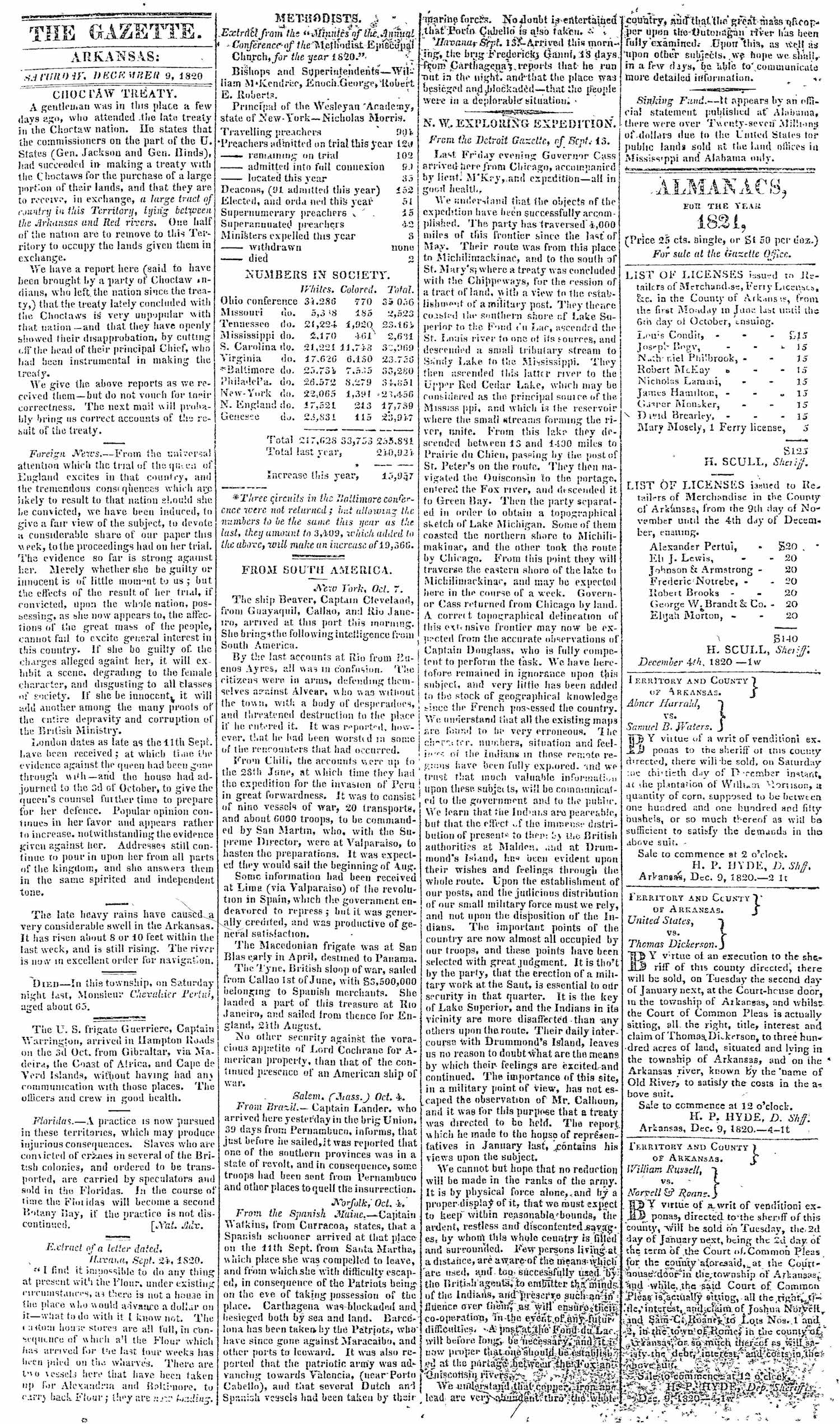