In June 1821, the Arkansas Territorial Legislature moved its seat of government from Arkansas Post to Little Rock. Printer William E. Woodruff followed in the fall. He printed his final Arkansas Post edition of The Arkansas Gazette on Nov. 24 and headed north, hauling his printing press across frozen prairie.

In Arkansas Gazette: The Early Years (1819-1866), Margaret Ross estimates he reached the new capital between Dec. 4 and 11 carrying only enough paper to print two of his usually four-page issues.

Low water followed by a harsh winter had blocked his October paper shipment; and rivers froze so he wasn’t able to obtain more paper at Little Rock until February 1822. He stretched his supply by printing on half sheets and using his smallest type.

And so the Dec. 29, 1821, issue of the Gazette — the first printed in Little Rock — was only a two-page edition, printed on one-half sheet of paper.

His partnership with Robert Briggs had ended amicably at Arkansas Post in May; he had delivered on a commission from the Legislature for a book of laws governing the territory; and so the nameplate on Page 1 of his first Little Rock Gazette proclaimed: “By William E. Woodruff, Printer to the Territory and Publisher of the Laws of the United States, by Authority.” 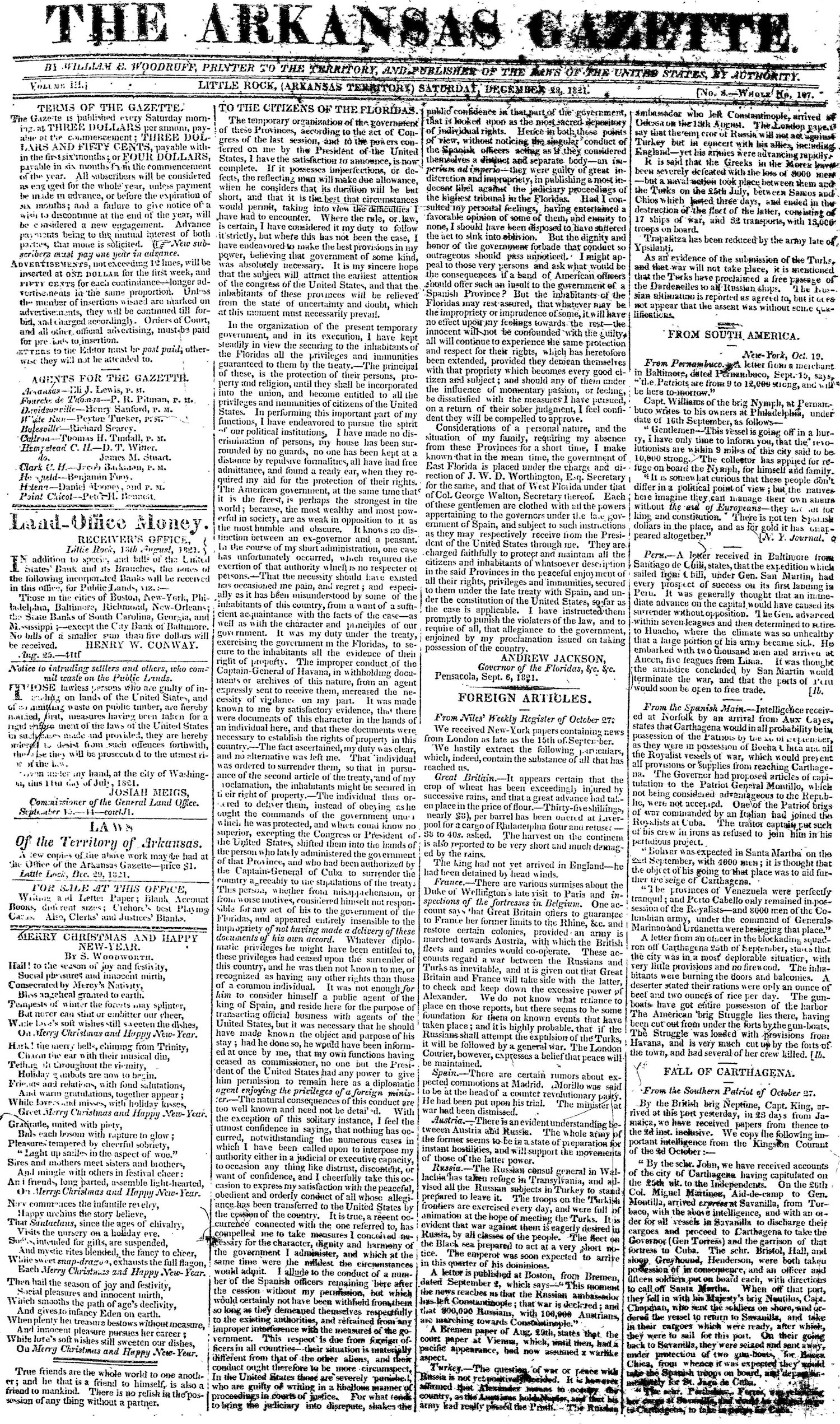 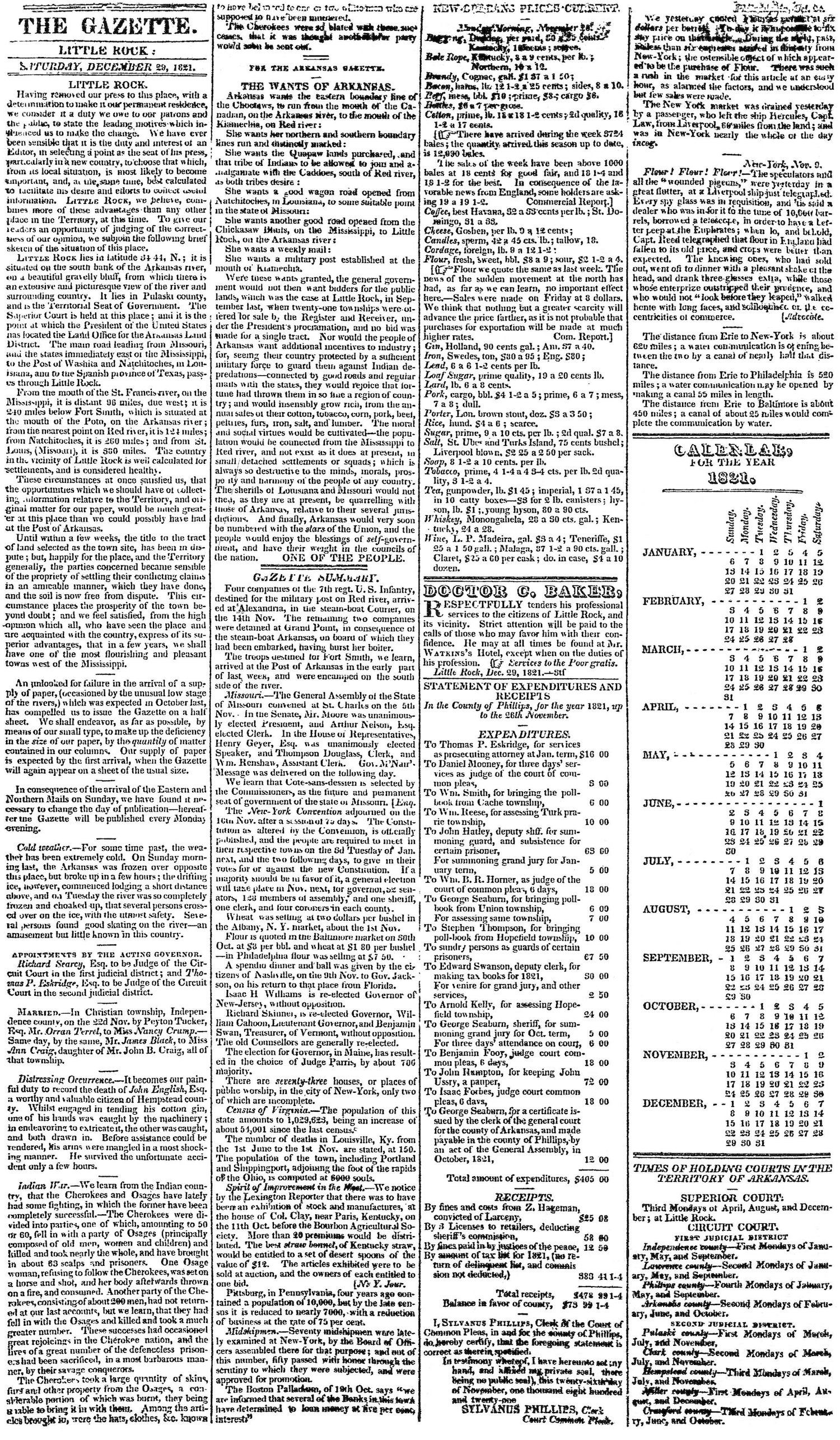