The Feb. 26, 1822, edition of The Arkansas Gazette exemplifies the wide-ranging information the paper served up once a week to subscribers — thanks to exchange deals editor William Woodruff made with other publications.

He reprinted their news; they reprinted his; they advertised in one another’s pages.

According to the American Antiquarian Society, U.S. postal policies encouraged such arrangements: “Not only did the federal government choose not to tax newspapers or advertising, as many governments of Europe did; federal policy was the opposite: to subsidize newspapers through the postal system. Newspapers received preferential postage rates in the mail, and newspaper publishers were allowed to exchange their papers with other publishers without any postage at all.

The Feb. 26 edition thus passes along reports from “South America” where, the Gazette said, revolutionaries were throwing off “the royal yoke.” The “truly great” Simon Bolivar was liberating Colombia; former royalist General Don Agustin de Iturbide had proclaimed Mexico’s independence from Spain; and revolution existed “throughout the Brazils.”

There were 2-month-old reports from Congress, poems, jokes, ads for merchants and an estate sale, legal notices and an appeal from one F.S. Heiskell of Knoxville, Tenn., seeking the whereabouts of three orphans. Subscribers learned that the president had opened his home to the public on New Year’s; that there were about 400,000 American Indians; that dividing the stumps of old cabbages made new cabbages; and that it was time to boil maple sap into sugar.

The editorials included a retraction of false local news: A paper in Port Gibson, Miss., disputed the Gazette’s report Nov. 10 that Choctaws had murdered nine surveyors there. The Gazette’s source for the story must have been hoaxed, the editorial said. 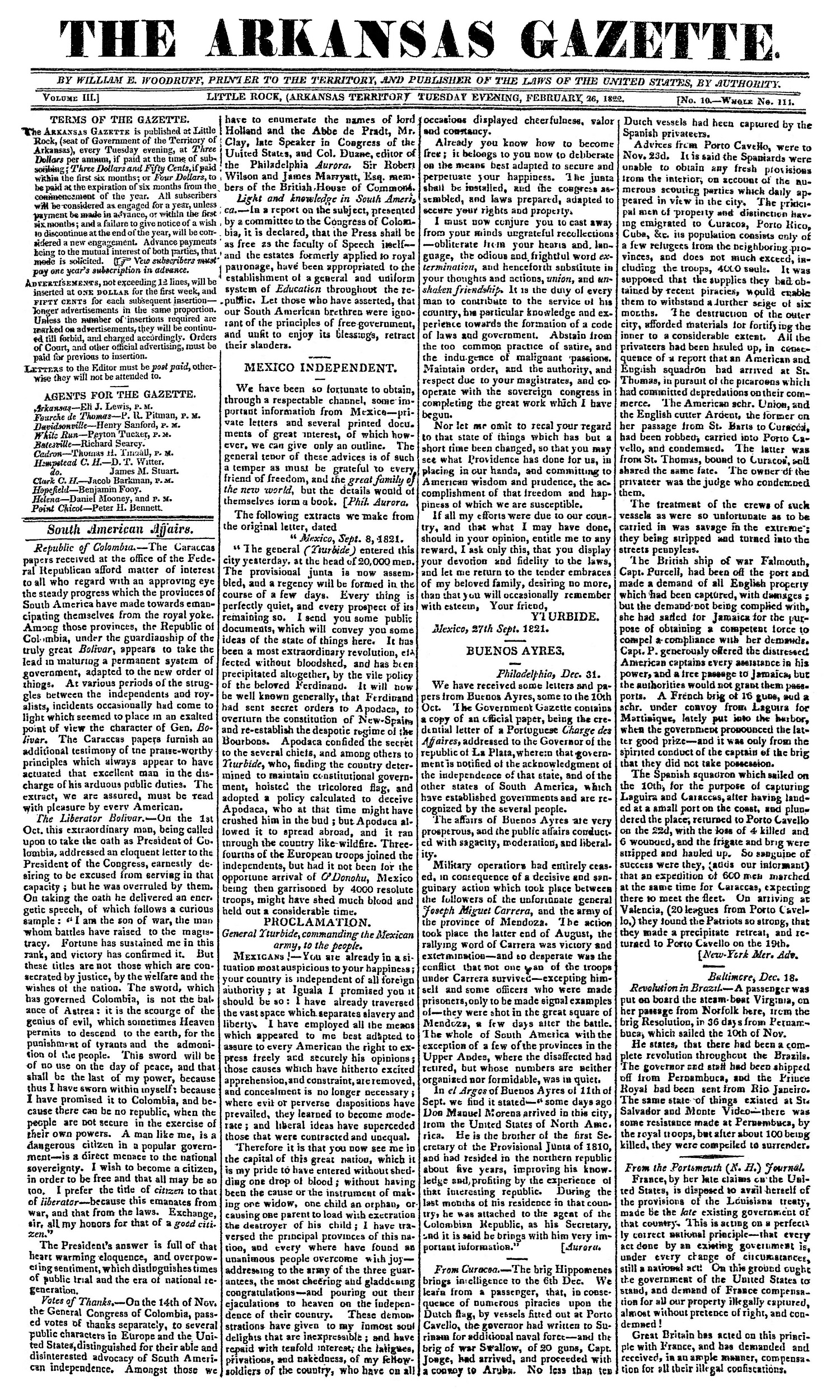