Personal animus and heated campaigning for the Territorial elections of August 1833 packed the pages of The Arkansas Gazette and its rival, The Arkansas Advocate, with invective. The Gazette was especially packed, because editor William Woodruff had bought more of the 5 1/2-point type that allowed him to maximize the number of words he could fit on each page.

Vying for the top elective post — delegate to Congress — Robert Crittenden lost to incumbent Delegate Ambrose Sevier, much to Woodruff’s delight. In Arkansas Gazette: The Early Years 1819-1866, historian Margaret Ross notes that Woodruff promised he would not print post-election reprisals, and he held true to his word. Crittenden’s power had faded. But old anti-Crittenden alliances fractured, most formidably in a public split between Territorial Secretary William Fulton and Gov. John Pope.

On Page 1 of this Nov. 20, 1833, Gazette, Pope recaps progress made on construction of a State-House for the Arkansas Territory using some of the $30,000 raised by selling the famous 10 sections of public land authorized by Congress for construction of public buildings. “The stone work and brick work of the first story of the State-House are done, and well-done, firm and lasting,” he writes.

On Page 3, a letter to the public from Fulton asserts his position that Pope exceeded his authority by turning over management of the land sale and supervision of the statehouse project to lawyer Chester Ashley.

Crittenden’s allies, including the Advocate’s new junior editor, Albert Pike, claimed that no work was being done on the statehouse and bricks had been diverted to Ashley’s personal use. The Gazette denounced all such assertions as lies. Also, the Advocate said Pope was letting Woodruff charge exorbitant fees for public printing.

But in December, Woodruff did Fulton a favor by reprinting an article critical of Pope. Pope would later say that his friends were so offended, they brought another newspaperman to Little Rock, intending to insert him into Woodruff’s Gazette as a more reliably loyal editor. Woodruff turned down John Steele’s offer of partnership; and in 1834, Steele founded the city’s third newspaper, the Political Intelligencer. 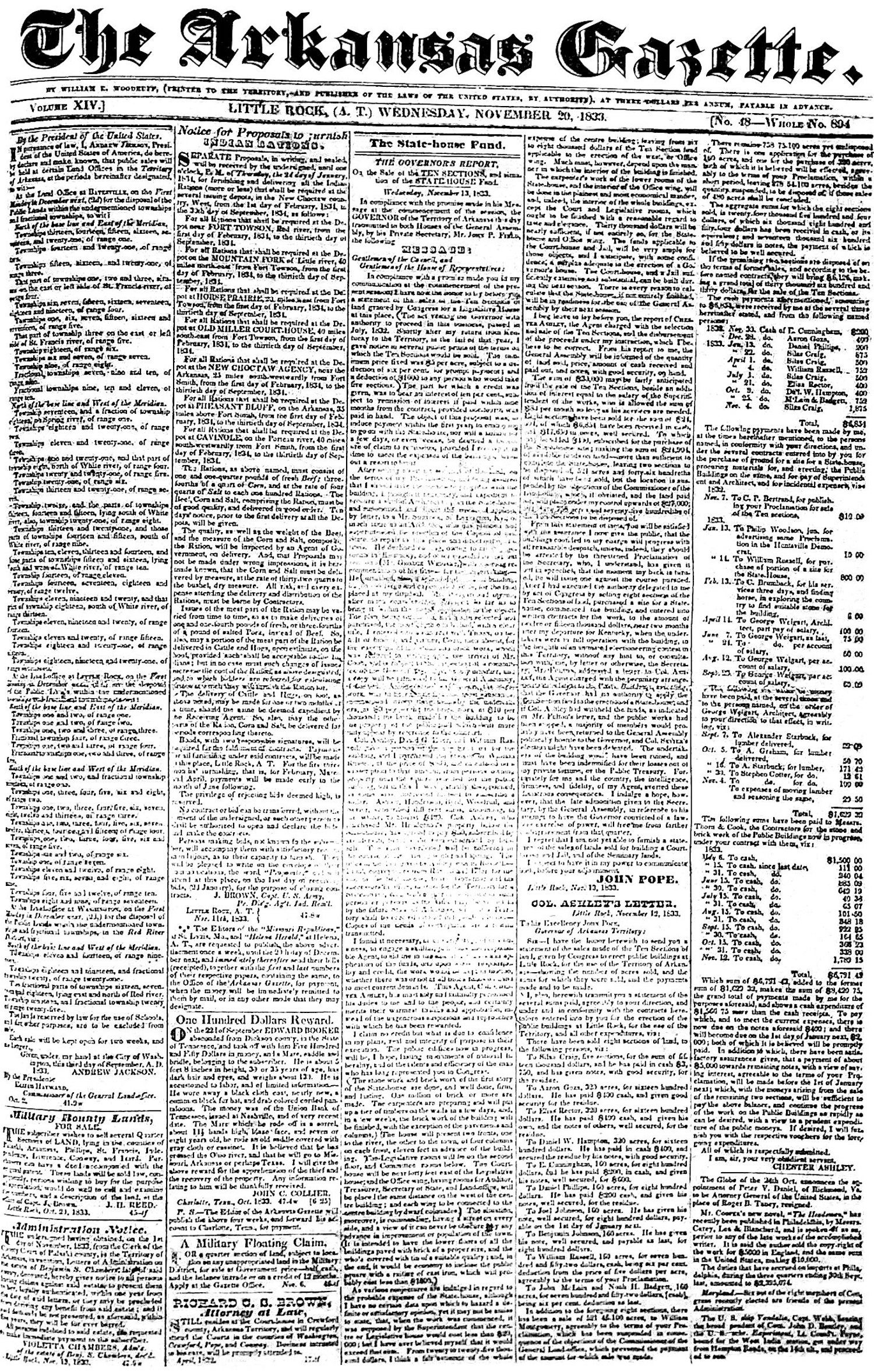 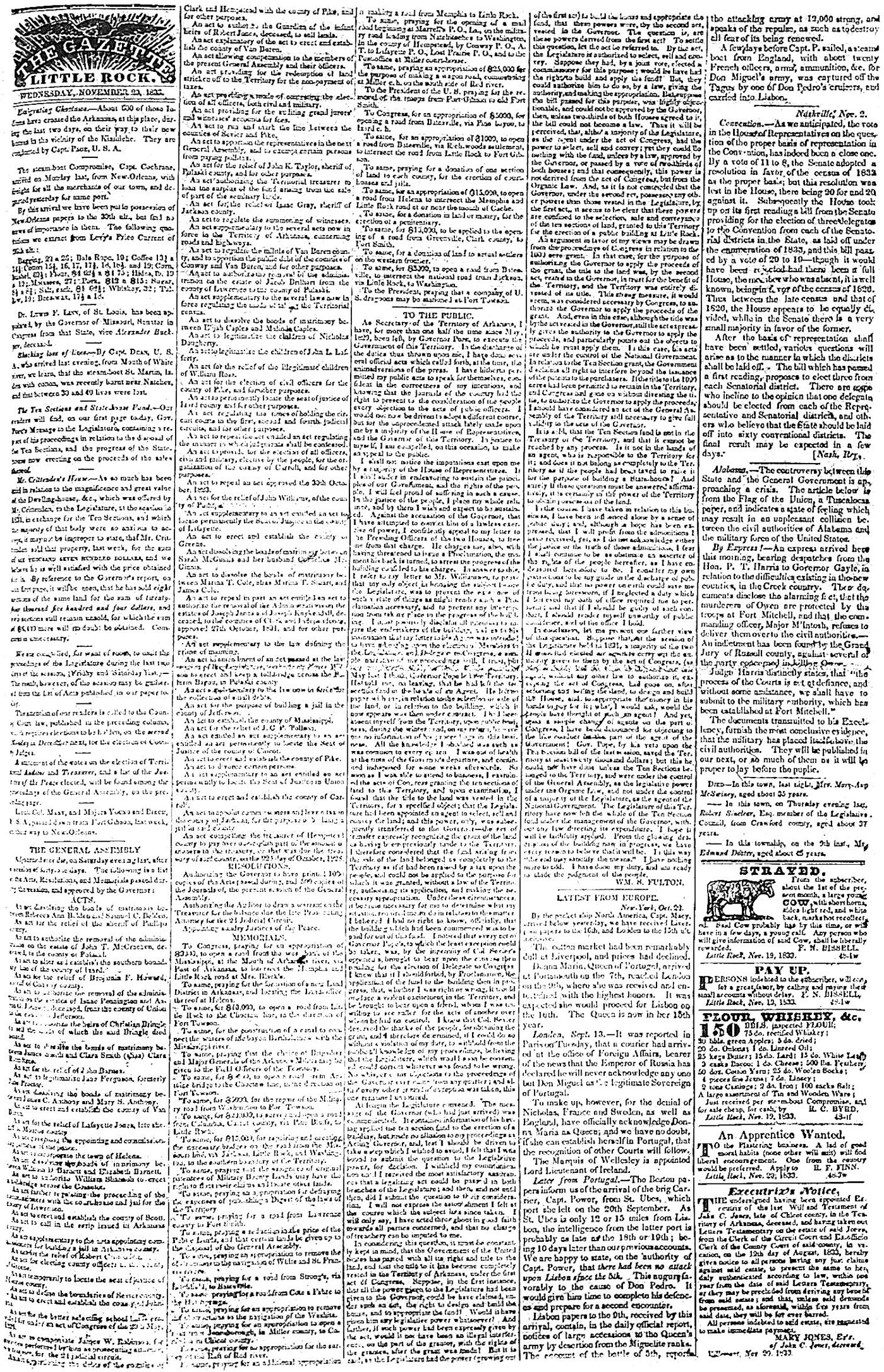