William Woodruff was again editor of the Arkansas State Gazette when this July 4 edition was published in 1838. Thomas Jefferson Pew had quit as editor in May and returned to Woodruff his part-interest in the company.

The Gazette was not Woodruff’s only business; his Arkansas Military Land Agency continued to be profitable; he sold fruits and vegetables from his home gardens and charged residents to borrow books from his lending library, the first in the territory. And he was the first state treasurer, although that wound up costing him money — he had no interest in a second term.

And he had a ferryboat. Since 1835, Woodruff was a partner with Daniel R. Mills in a horse-propelled ferry across the Arkansas River at Little Rock. They had a stable and tavern on the north landing, and the boat was an important crossing for the Indian removals as thousands of displaced people came through Little Rock area on the Trail of Tears.

But it was just a local boat. That changed in summer 1838. The July 4 Gazette reported the arrival in town of the Steam Ferryboat Little Rock.

Built at Cincinnati under the care of Capt. Thomas J. Haldeman, who had been commander of the steamboat Arkansas, Little Rock was 86 feet long and 33 feet wide with a 2 1/2 foot hold. It was small enough to navigate the Arkansas during low-water season when big steamboats couldn’t.

Soon it was doing steady business back and forth from the mouth of the Arkansas, and in 1839 it worked the Ouachita River as well. Woodruff partnered with Simeon Buckner who bought out his share by the spring of 1840. The Little Rock sank that year in the Boeuf River, a tributary of the Ouachita.

This issue also includes Woodruff’s disavowal of accusations made in a circular that he had printed for a customer calling himself “Saline.” Saline wrote that the trial of John Wilson for the murder of J.J. Anthony on the floor of the House was rigged, in part by attorney John Taylor.

Near the end of 1838, Woodruff would try again to sell the Gazette and retire, entrusting his 1,800 subscribers to his foreman, Edward Cole. 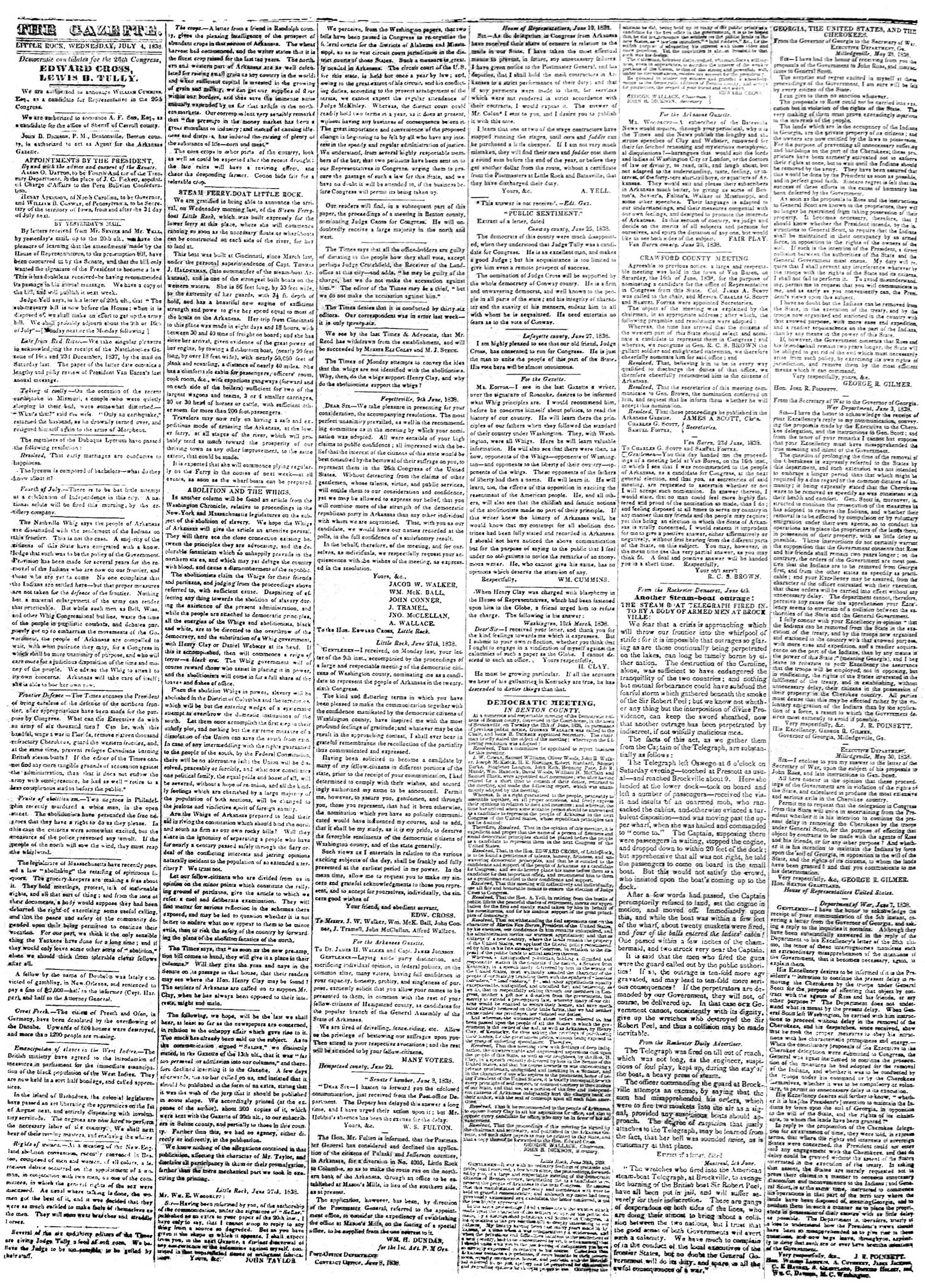