About 6 a.m. Monday, Dec. 20, 1875, Fred Haas unlocked his Tobacco and Liquor House on Markham Street in Little Rock. He woke clerk John Rapetto, opened the club room and set about stirring the fire.

It wasn’t restarting, so he took a hatchet into the glass room to get more fuel. There seemed to be water underfoot. He struck a match to see, and then the floor was on fire.

Later, he said it must have been apple, peach or French brandy, because the whisky was in another part of the room. He insisted there had been no carousing in his club Sunday night.

All four volunteer fire crews turned out, including the old Defiance with its hooks and ladder. But it was 20 minutes after the alarm before a drop of water touched “the roaring, seething flame.” The nearest cistern quickly emptied.

It was the Gazette block, on the southeast corner of Markham and Scott streets. The three-story brick Gazette Building, built 2 1/2 years earlier for $14,000, suffered $12,000 in damage.

Page 2 of the next day’s Gazette defiantly declared the “old lady” would not suspend: “Here’s your morning Gazette with full particulars about the fire — only five cents per copy! That’s the kind of stuff the Gazette is made of.”

Lost were nearly all the contents of the third floor, the bindery’s machinery and stock — every type and case. Part of the Gazette library was saved. Although damaged, the news presses and machinery were saved, as was a safe and the all-important files in the counting room (business office).

The Republican was one of the papers that had accused Woodruff of encouraging the Ku Klux Klan. In History of the Arkansas Press for 100 Years and More, Fred Allsopp remembered the Republican routinely insulting “the granny Gazette” and its “Boetian scribbler” whose Nessus garment of stupidity spread a “matutinal pall” over the columns.

Price also called the Gazette “the old harlot up the street.” On the other hand, Price had once acted in a minstrel show in blackface, which was the reason his faction of Republicans were nicknamed “minstrels.”

The Ashley Mansion, owned by Sterling Cockrill and Mrs. Henry Ashley, was “warmed up” in the fire but not much damaged. In coming days, Alden Woodruff bought The Grange newspaper’s kit and set up shop in the Ashley Mansion. William Jr. also produced the Gazette there, through March 1876. 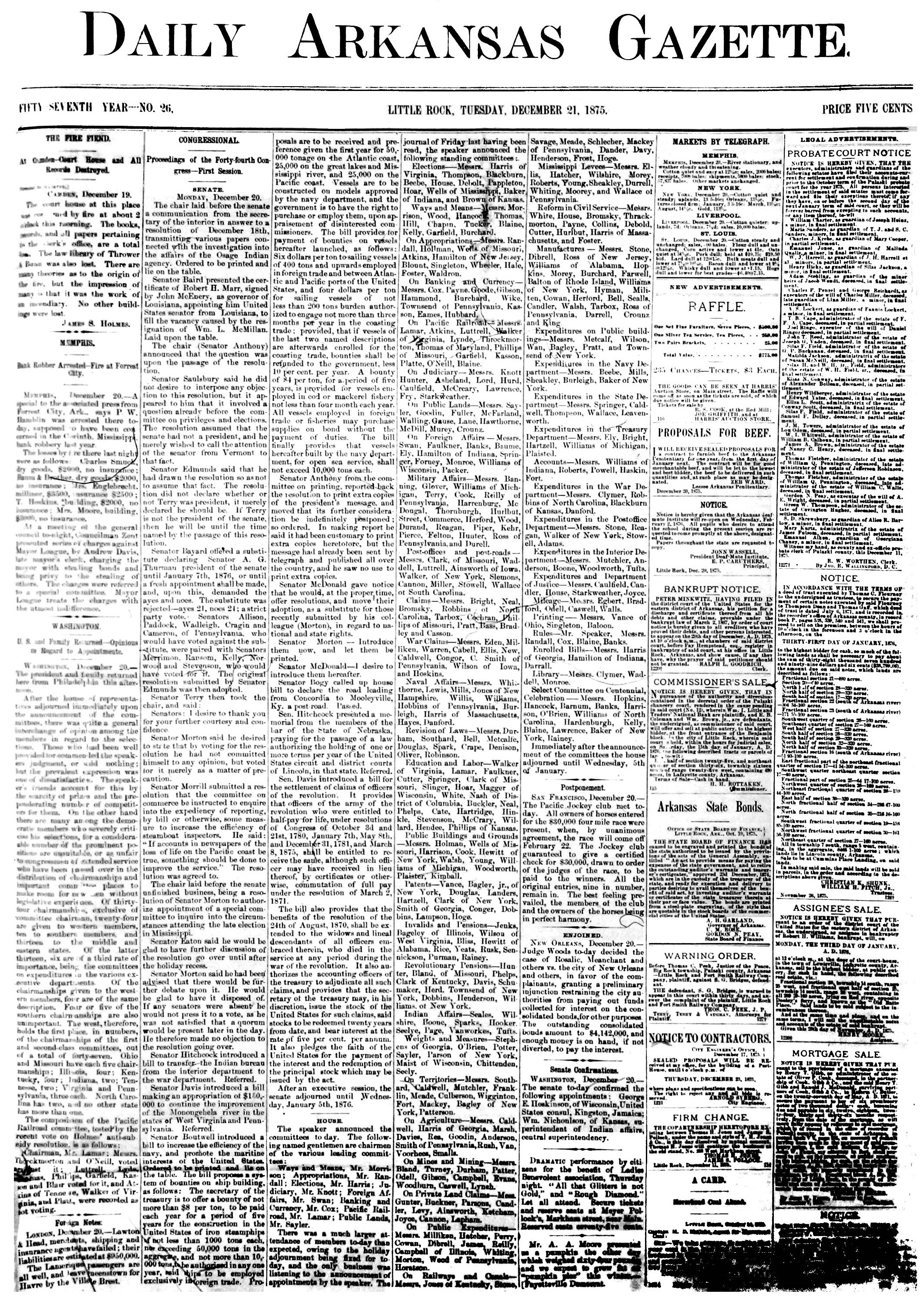 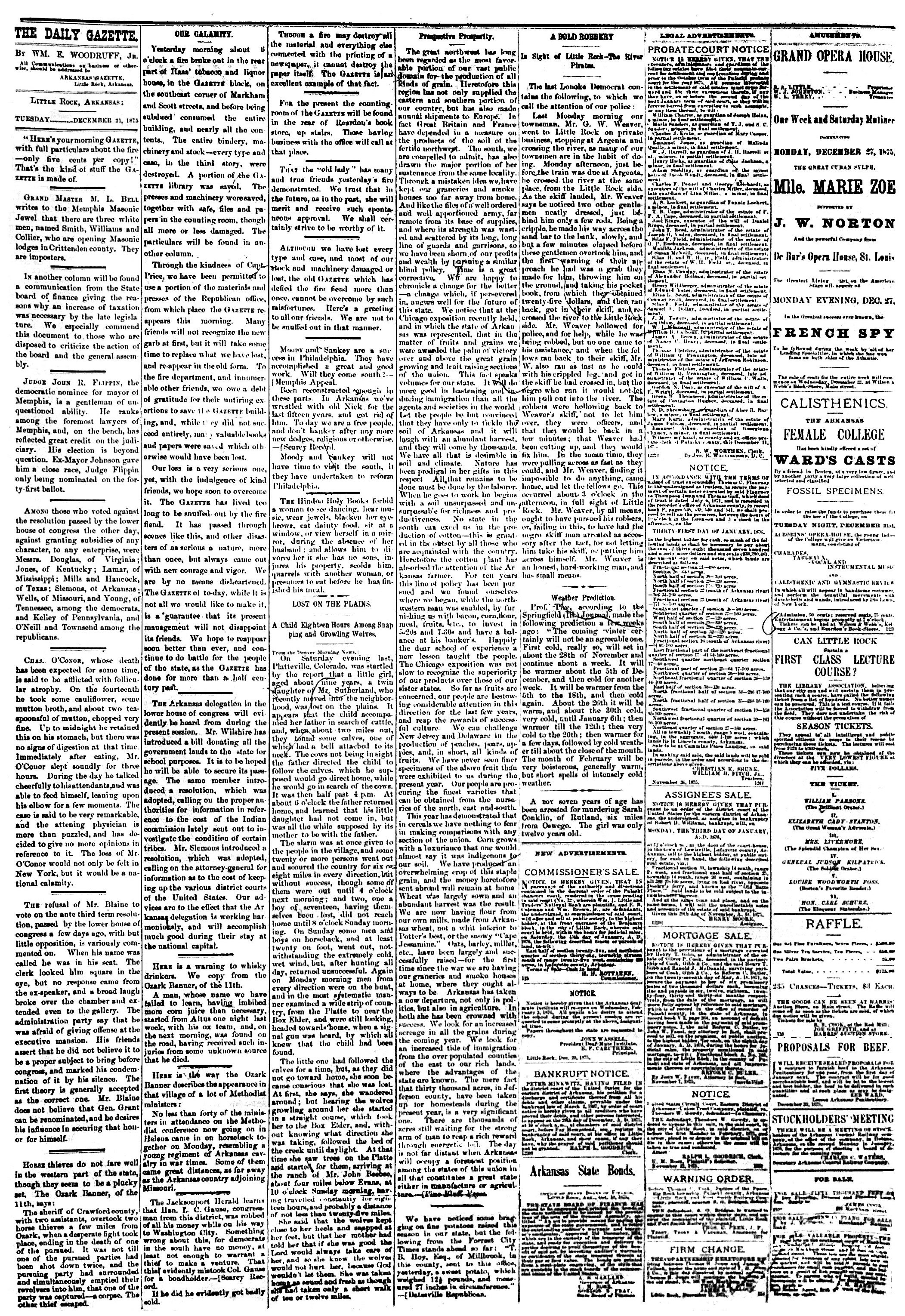