Stories of a St. Louis murder trial, a Canadian rescue at sea, the Haymarket riot in Chicago, the 49th Congress, bloody clashes between the Apache and frontiersmen, the railroad commission, and baseball scores filled the front page of the May 21, 1886, Daily Arkansas Gazette, owned by the Gazette Printing Co. and edited by Daniel Armod Brower.

A blink-and-you-miss-it single sentence at the bottom right corner announced the governor of New York signed a bill allowing women to practice law (it would be more than 30 years before Arkansas had its first licensed female lawyer, Sarah C. Shields Jobe).

Inside were want ads, real estate listings ($1,600 could buy you a five room cottage at Louisiana and 24th streets), advertisements hawking cures for anything that ails, editorials about the Wheels, the Oleomargarine Bureaus, anti-immigration rants, pleas for pensions for soldiers and fears the Mighty Mississippi was going to nibble at Memphis until it swallowed Beale Street.

But right in the middle of Page 5 was a bright spot — a beacon of grandeur — a “Special to The Arkansas Gazette” story about the grand opening of Eureka Springs’ Crescent Hotel, complete with a photograph showcasing the hotel’s impressive stature.

Reconstruction-era Gov. Powell Clayton was lavishly praised for “the magnificent hotel erected under his supervision” as well as for how he handled the “vast thong of people.”

The story exulted the 125-room hotel’s amenities, which included elevators and baths with hot and cold water from the spring below.

The Crescent was not Arkansas’ first luxury hotel — Little Rock’s Capital Hotel as part of the Denckla block had opened in the 1870s and Hot Springs’ Arlington Hotel had opened in 1875, but neither of those received quite the fanfare as the Crescent, which the Gazette described as “the crowning glory of the city” in a piece that ran a few days later. 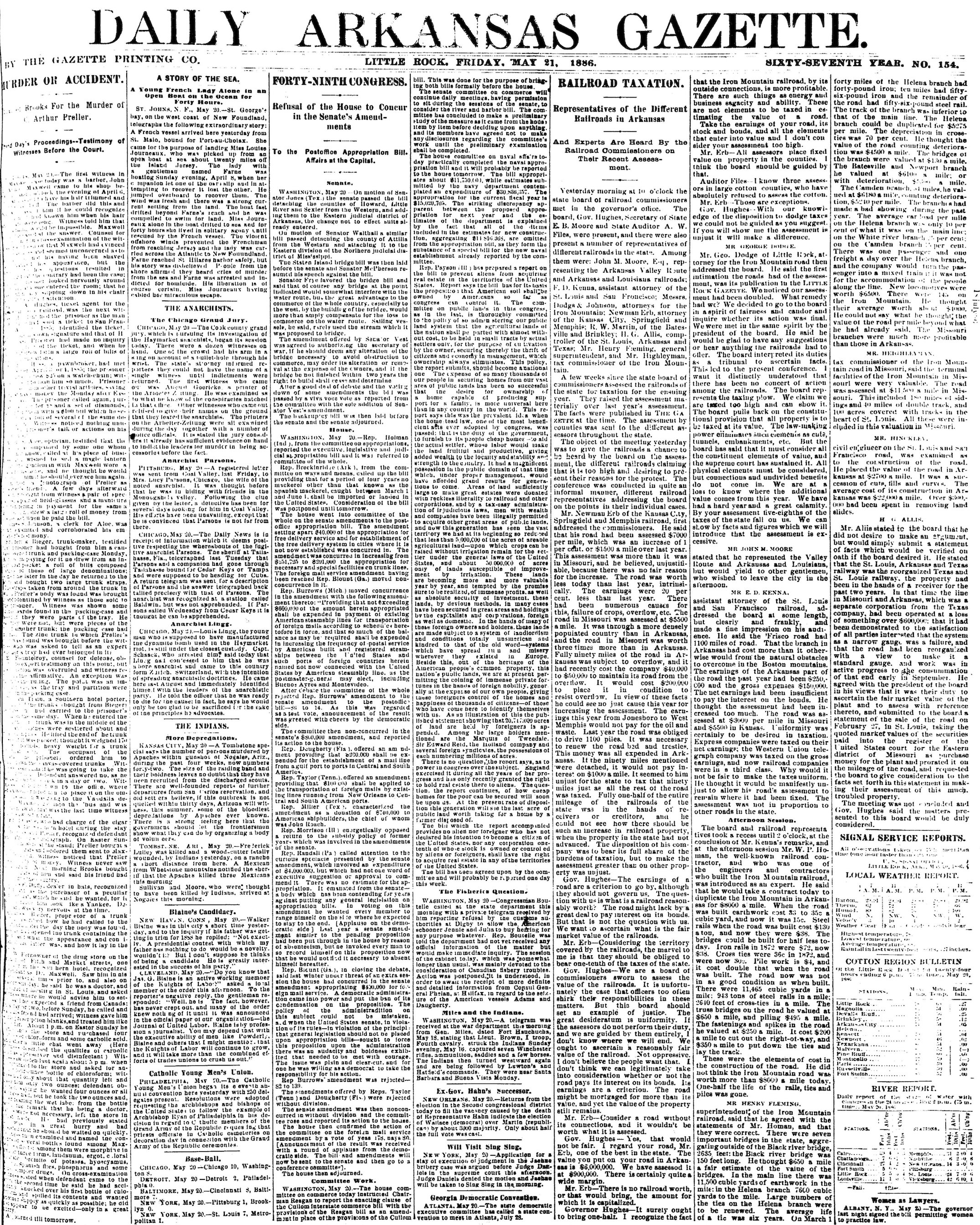 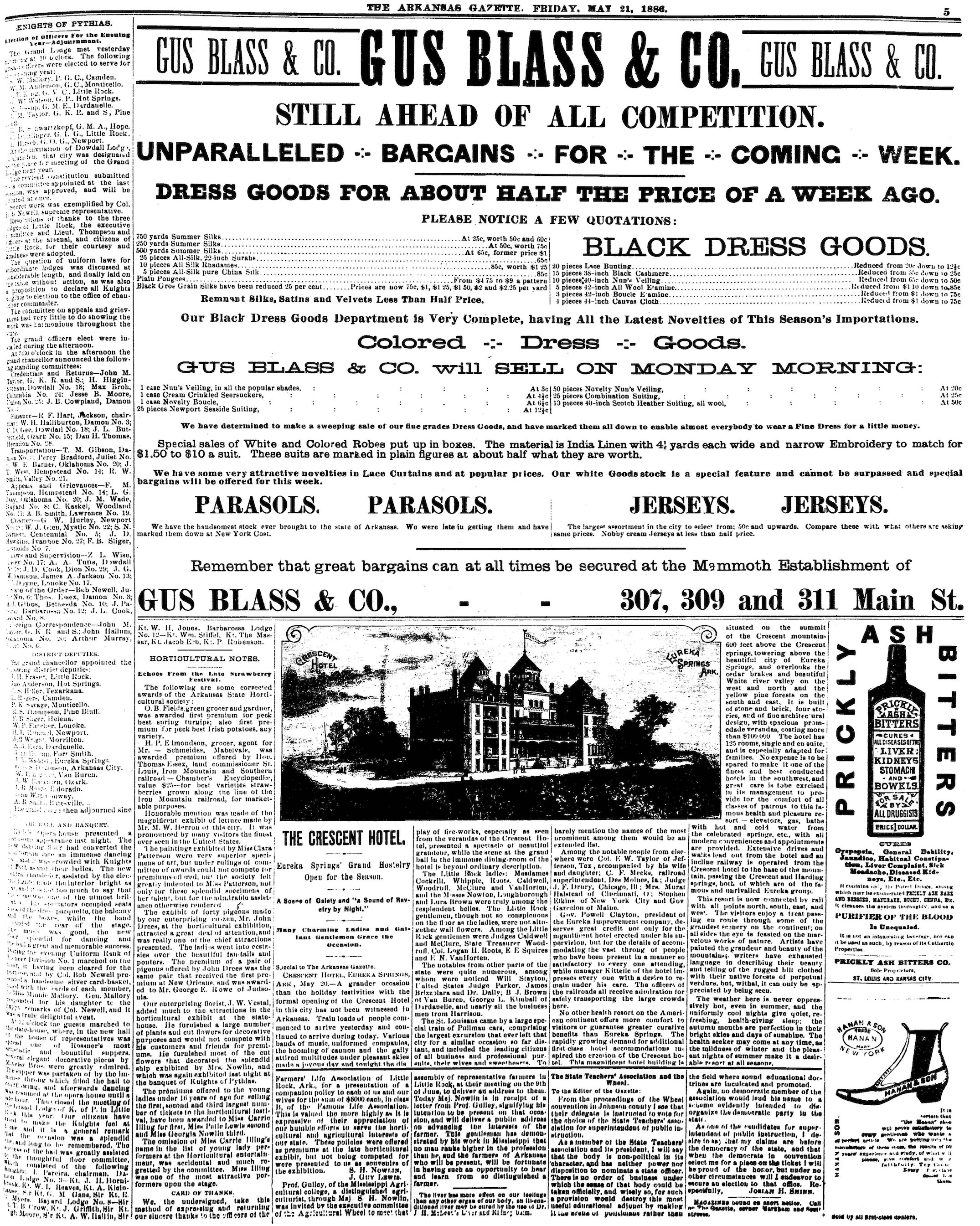