Public executions were lurid entertainment in the 19th century, as is evident from Page 1 of the April 28, 1888, Daily Arkansas Gazette.

From the frequent column “On the Gallows,” readers learned vividly sad details about the last minutes of three “wretched murderers” who were hanged by U.S. Judge Isaac Parker’s efficient executioners at Fort Smith.

The men’s ethnicity, upbringing, crimes and demeanors all were reported in detail. They had slept little the night before, eaten scant breakfast and spent the morning praying, singing, saying farewell. Two displayed grief and terror but the third smiled frantically while loudly proclaiming his belief in salvation, until the black cap was placed over his head. He was buried with a white placard bearing the letters “M.S.B.” written by his mother, sister and brother.

The far left column reports on another popular interest: speechifying. Five politicians angling for the increasingly divided Democratic Party’s nomination for governor made a train stop together at Russellville. Before 500 spectators in the courthouse, each badmouthed the others in succession. Today we would call this a debate.

Their mentions of “Coal Hill” are about horrific abuses the Gazette exposed in a convict camp at a Johnson County mine: State prisoners being leased as labor were beaten to death, starved, half-clothed and, if sick, left to die. With rivals blaming his administration, Hughes accused the Gazette of serving Republican interests by printing the exposé. Gazette Printing Co. board member H.G. Allis had, in fact, once been slightly Republican.

The rivals pounded Fletcher for having briefly — for one night in 1886 — allowed the Grand Agricultural Wheel to nominate him for governor. A politicking crowd that originated six years earlier as a tiny, nonpartisan self-help club for farmers, the Wheel created a coalition of white and black farmers, Knights of Labor, Republicans and anyone else who understood farmers were trapped and impoverished by banking practices.

During the election of 1888, that coalition flocked to the Union Labor Party led by Charles M. Norwood, a one-legged Confederate veteran. But the Democratic nominee, Eagle, won the governorship — thanks, allegedly, in great part to thuggery and fraud. 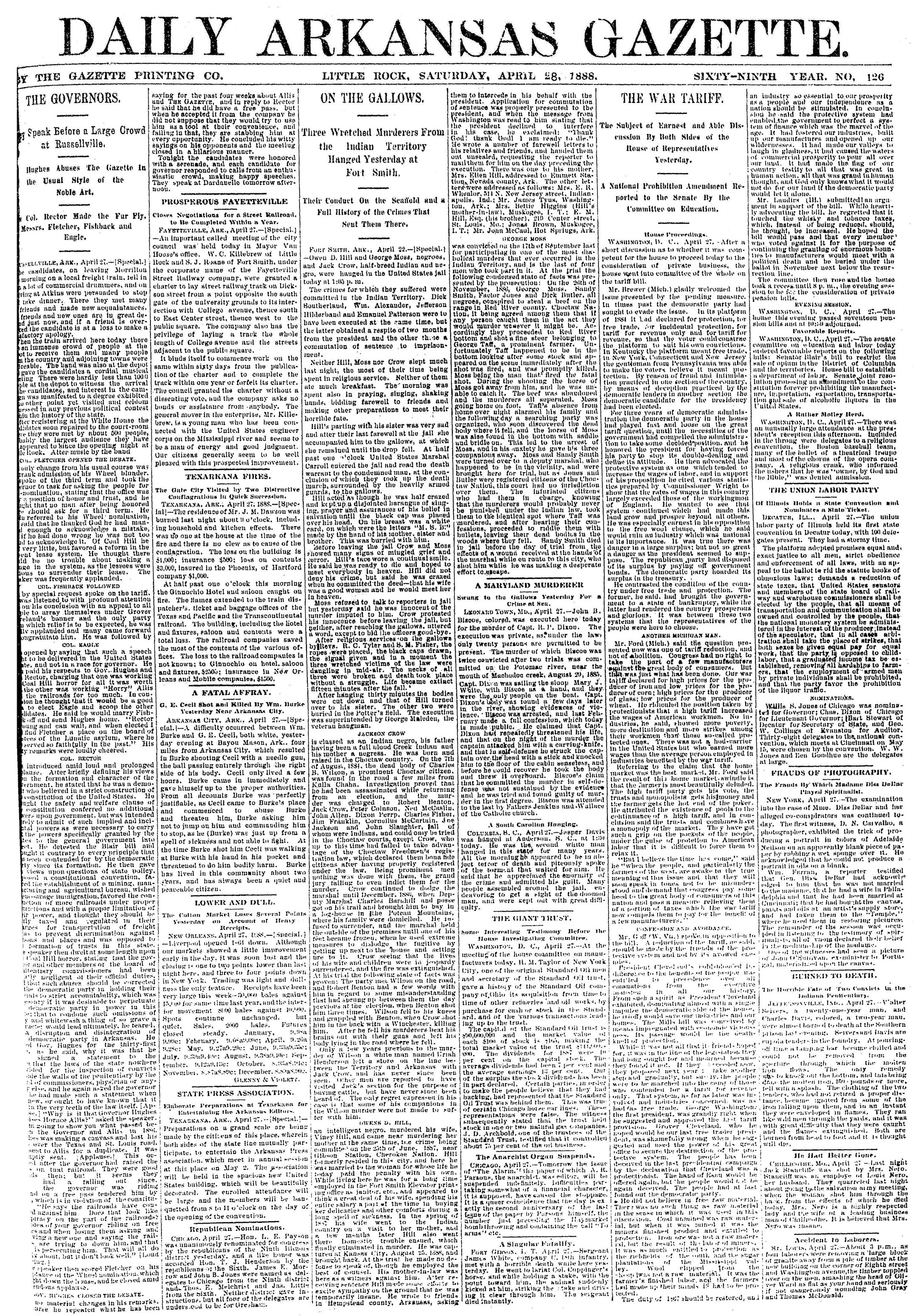