Fire insurance was already a sizzling topic in 1905 when The Arkansas Gazette published this Sunday, Feb. 26 edition. At the behest of Gov. Jeff Davis, the state Legislature had passed a stringent new antitrust law that, among other effects, caused national insurance companies to quit the state.

And then a square mile of Hot Springs burned to the ground in one fell swoop.

The Gazette’s coverage began on Page 1 with a highlight box quoting Davis as saying he didn’t believe in fire insurance.

About 3:30 a.m. Feb. 25, Hot Springs firemen were called to a flaming hotel in the southern part of the city. Fanned by freakish winds, the fire consumed 104 acres before burning out about six hours later at Prospect Avenue and West Lane, Hawthorne Street and Quapaw Avenue, and Central Avenue and South Border Street. The blaze leveled 40 blocks — 400 buildings; 500 families were homeless.

Early reports of five bodies were revised to two, both identified; but fragments of a third also were found.

The fire wall of the Whittington-Stearns building held, and firemen dynamited a new four-story brick building next to it, helping to spare “The Valley” business district. Elsewhere, firemen tried to make firebreaks using dynamite, “but in every instance,” the Gazette reported, “the attempt proved futile owing to the ghastly pranks played by the wind, which blew a gale of such force that mattresses, burning, were caught by it and whirled high in the air, the remnants alighting blocks away.”

The courthouse and county records were lost, as was the city’s (evacuated) jail and two large schools. Firemen’s hands and faces and the hides of their horses blistered; 2,000 feet of fire hose was destroyed. A trunk with $3,000 in cash went up in smoke.

The widow of Richard Guinn, who was sitting up with his body, was rescued with flames in sight. As friends moved the corpse, she fainted and was loaded onto the wagon beside it.

With 500 to 1,000 people sheltering in the city’s two racetracks or in churches, bathhouses and private homes, thousands of spectators arrived. The Rock Island and Iron Mountain railroads ran round-trip excursions at single-fare rates, loaded to capacity.

The great crowd was allowed to ramble the ruins — there were no tottering walls left. People did rake the ashes for souvenirs, and a few found gold and silver pieces. The metal skeleton of a purse held a roll of cash — $360 — but it crumbled in the finder’s hands.

Business resumed in The Valley, but saloons closed at 9 p.m. The Gazette reporter marveled that he hadn’t seen a single drunk all day. 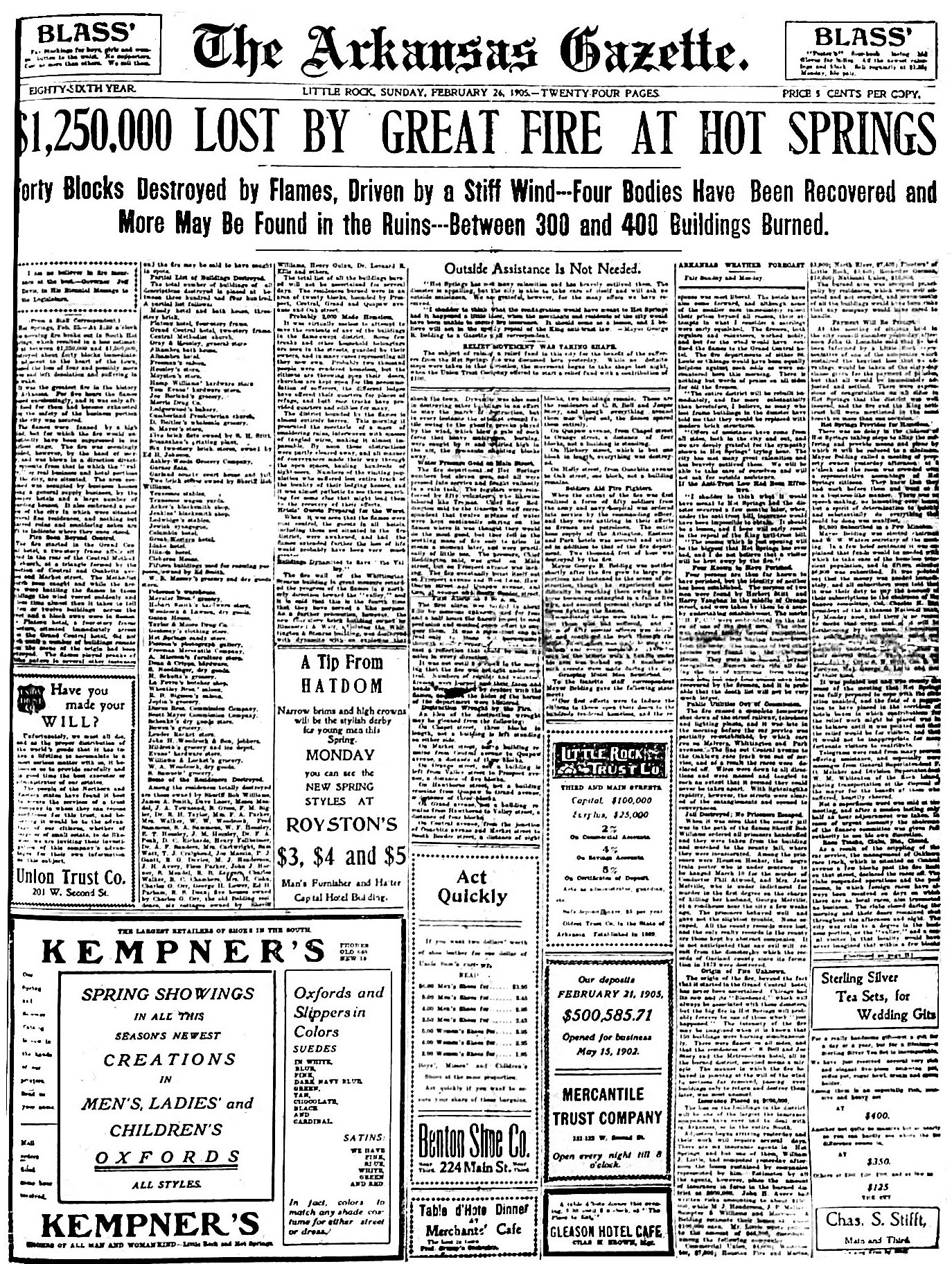