When Charles E. Taylor became mayor in April 1911, Little Rock was a “wide open” town in which violence and disease fostered by seedy saloons, gambling dens and brothels were tolerated. Routine fines collected from prostitutes added about $800 a month to the city coffers.

When he left office in 1919, Little Rock was in debt but a safer place to live. Its Health Department employed inspectors with enforcement powers; if caught, prostitutes were tested and treated for venereal disease; and there were curbside garbage collections, dog control, more sewers, a bigger fire department, crosswalks, motorcycle cops, outdoor lighting, less typhoid.

And the red-light district was gone.

Historian C. Fred Williams has described it as bounded by Rock and Main streets on the east and west, the Arkansas River on the north and Third Street on the south. A few disorderly houses — 111 N. Rock St., 212 Cumberland St. — were notorious, but there were 19 known white “resorts” employing about 75 prostitutes; and another 600 women and children worked in alleys, hotels, parks and “assignation houses.”

In 1912, Taylor appointed 23 white and five black residents to a vice commission charged with investigating the flesh trade.

Rather than writing off prostitutes as lustful evildoers, vice commissions around the nation saw these women and children as victims of a cruel economy in which low wages paid by legitimate businesses made them easy pickings for pimps.

Prostitutes talked to the commission. After its report was complete, the City Council impeached police court Judge W.M. Tweedy. Witnesses at his trial testified that when the berserker mood struck him, he rampaged in brothels with lawyer Milton B. Rose, punching and choking women. The council convicted Tweedy on 17 charges, including cruelty to prisoners.

Tweedy rented a theater and gave a speech. Taylor was “too moral” to be mayor, he said. A decent man would find no friends in City Hall, and in conducting business one did not need to deal with churches or “high collared roosters.” Nevertheless, he was out.

The state’s new Bureau of Labor Statistics said it would push for a minimum wage law and an eight-hour day for women.

And on May 25, Taylor declared that all brothels and bawdy houses had until noon Aug. 25, 1913, to shut down or everyone would go to jail. The delay was to help women escape.

The Arkansas Gazette reported the deadline on Page 1, May 25. In a report that continued on Pages 6, 20 and 21, the Gazette printed the vice commission’s report. To see all four pages, go to arkansasonline.com/200. 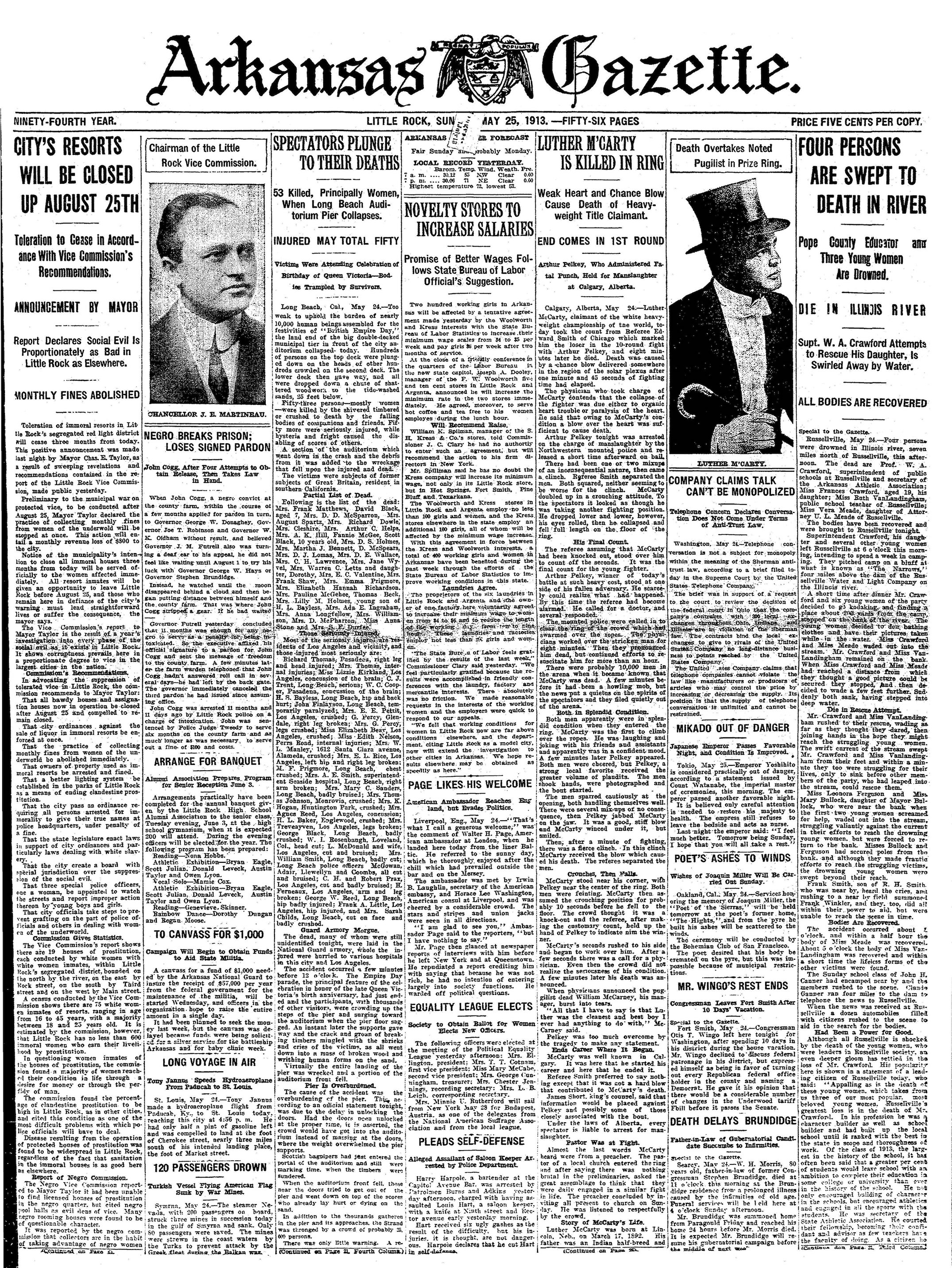 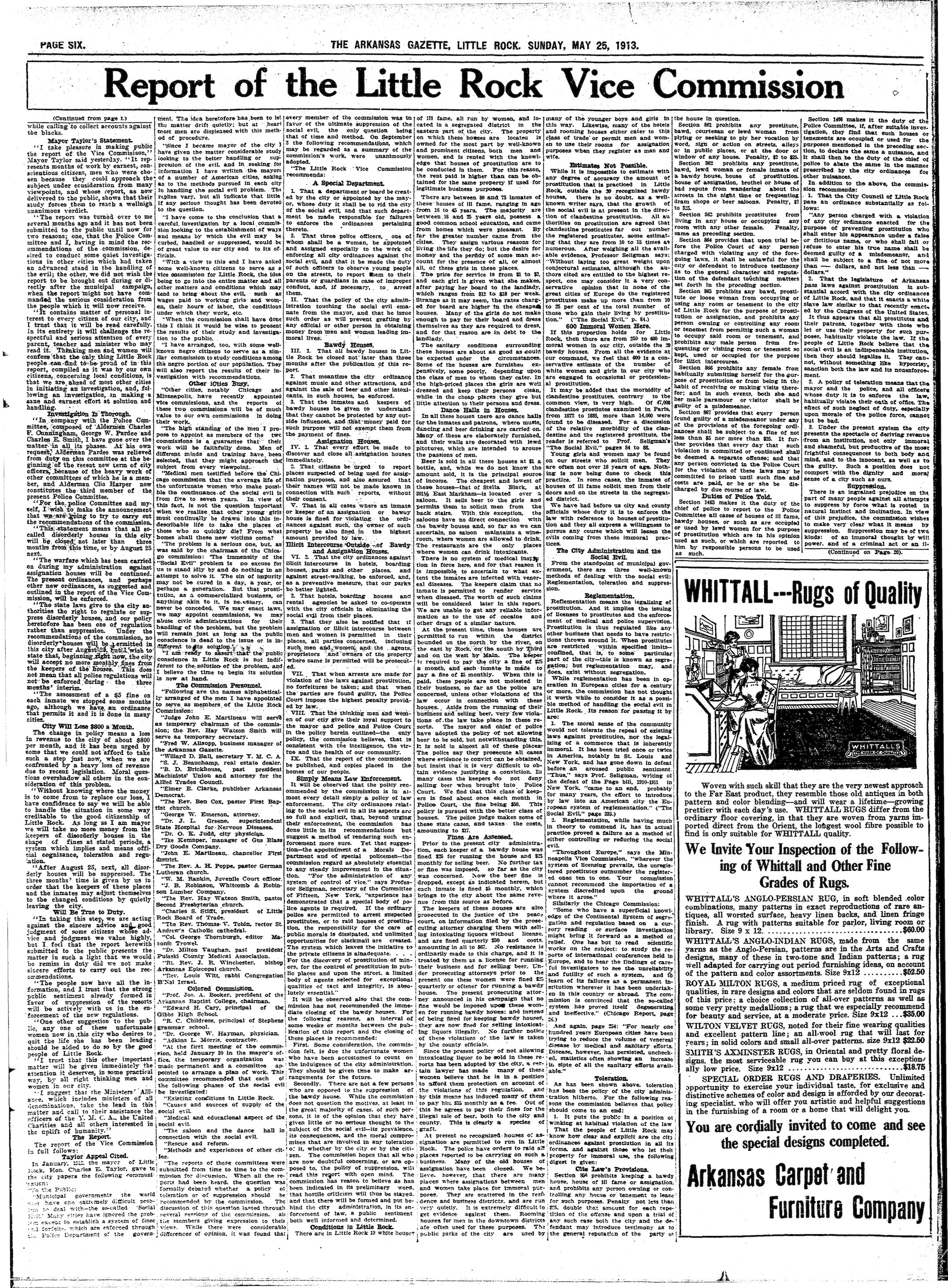 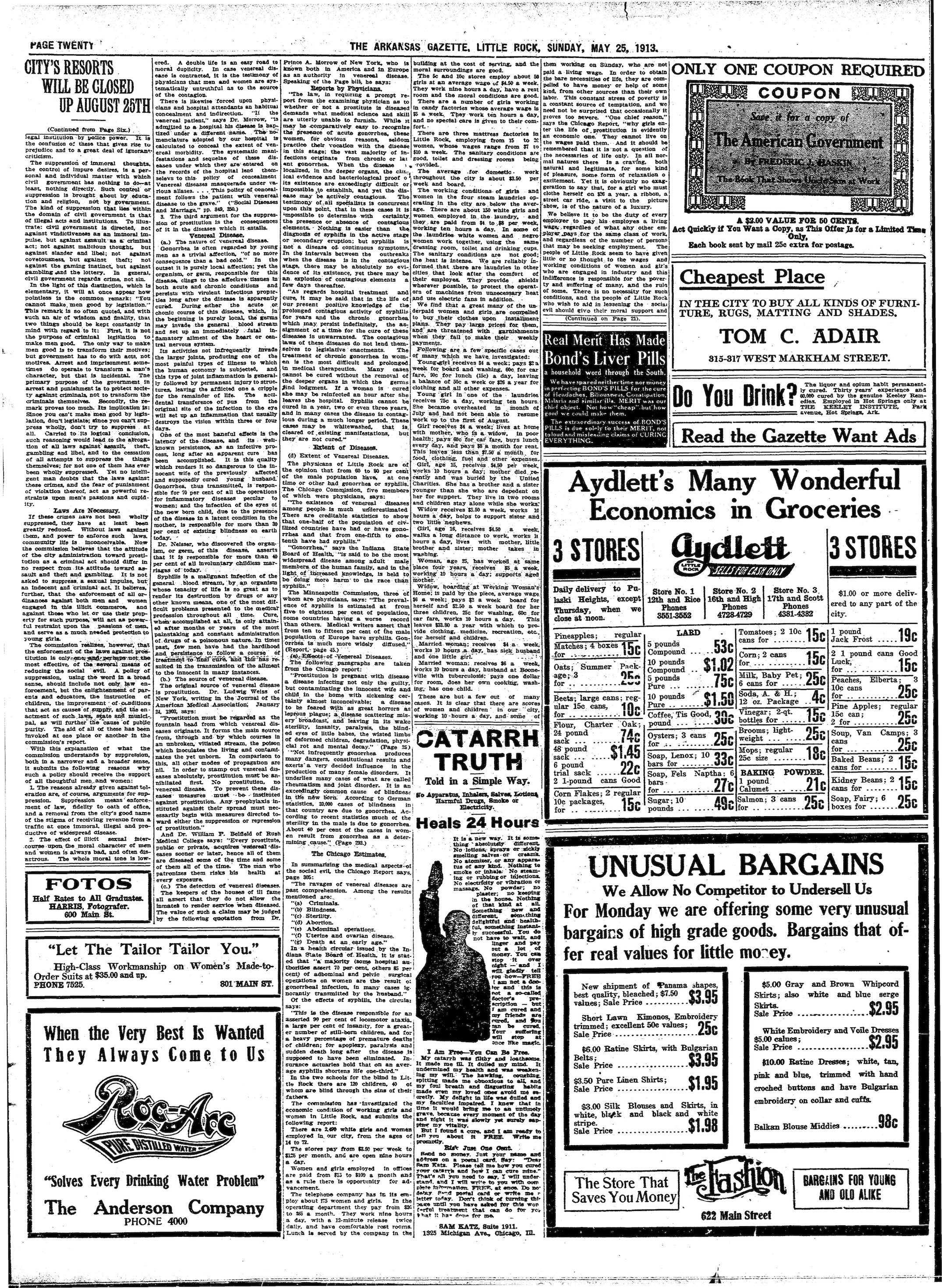 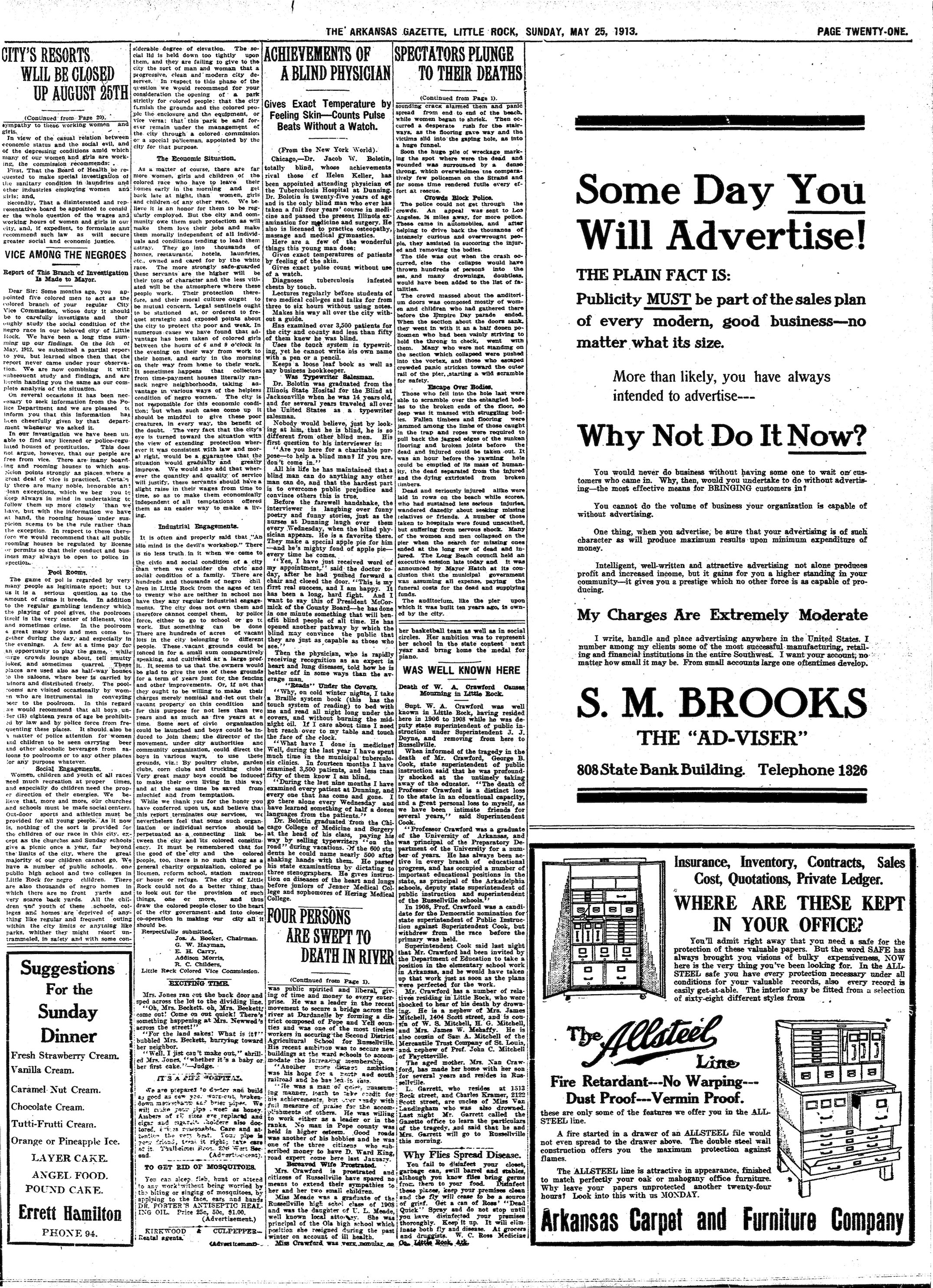