On Sept. 1, 1923, what would become known as the Great Kanto Earthquake touched off a series of natural disasters that washed over Japan. The quake was quickly followed by fires, tidal waves and a typhoon. Widespread destruction made it impossible to estimate the number of casualties or those left homeless.

By Sept. 5 more details were known, and that day’s Page 1 of the Arkansas Gazette featured a map of the affected areas, the reports focusing mostly on the larger cities Tokyo (Gazette editor J.N. Heiskell’s preferred spelling was “Tokio”) and Yokohama, a port city just south of Tokyo, although the destruction was said to spread 40-50 miles from Tokyo in all directions. Food riots were among the consequences.

The Gazette reported that the prince regent, the emperor, the privy exchequer, the Japanese government and residents of Kobe all donated toward relief work, and in Yokohama harbor, ships provided shelter to 5,000 refugees.

As the battle against hunger and despair was waged in Japan, in Little Rock a different kind of battle was raging. The Gazette reported that a great “rat slaughter” was underway in the city.

The anti-rat campaign had begun Sept. 1 with a parade and free distribution of rat poison at Cox warehouses and stores.

On Sept. 5, the Gazette used pseudo military language to announce a three-day “intensive” planned by the Council of Rat Defense to rid the business district of the rodent “robbers.” An International Harvester Co. truck had been commandeered as the “death wagon,” and if residents were to see it “speeding from place to place” with its “Death to Rats” sign, they needn’t think it was being used as an ambulance. It delivered barium carbonate — rat poison.

Responding to a call to arms from the women’s Federation of Delphian Clubs, 60 men and boys would deploy as “skirmishers” in the battle “to preserve the health and sanitation of the city,” volunteering from the Boys’ Club and Boy Scouts along with girls from the City Mission, who were said to be “just as eager as the boys to exterminate the rats.”

The campaign lasted 12 days, and nearly 10,000 tails were turned in. Other rats died uncounted, in such numbers that the Capital Meat Market on West Fifth Street took out an ad asserting that the bad smell in its vicinity came from dead rats and the “lovely” Town Branch, a seasonal stream that was part of the sewer system. At least 13 dogs and cats were also accidentally poisoned. 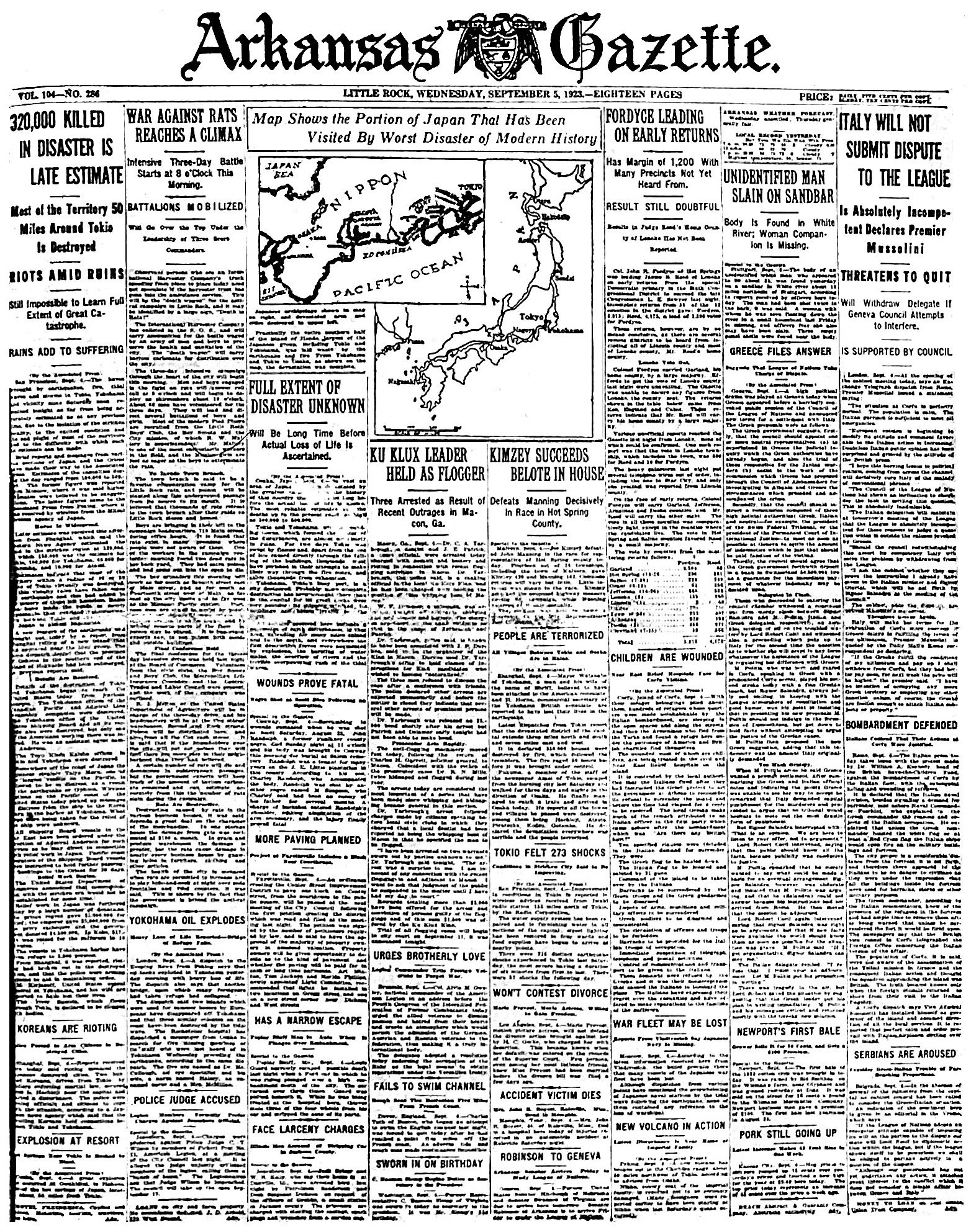