Signs of the state’s “favorite son” can still be found in central Arkansas, long after the day in 1928 when he was named the Democratic nominee for vice president.

In the year that Robinson received the nomination, he denounced the Ku Klux Klan and called for religious toleration, making headlines, the encyclopedia says. Al Smith, the Catholic governor of New York, chose Robinson as his running mate, and the front page of the June 30, 1928, Arkansas Gazette detailed Arkansans’ celebrations over the fact that the senator was the “first Southerner to be placed on [a] national ticket since [the] Civil War.”

Robinson voiced support for religious tolerance during his opening address at the Democratic National Convention in Houston, causing “disturbances” among the delegates, the Gazette reported.

Those “disturbances” didn’t prevent Robinson from winning the nomination with 1,032 votes, according to the paper.

Democrats nominated Robinson with a “whoop,” the Gazette states, but the “most overwhelming roar of the day” came when the party chairman was asked to limit speeches to five minutes. A Georgia senator “shouted that the convention visitors wanted to finish up and go home,” the paper reported.

By the end of the proceedings, the convention “adjourned in a spirit of complete tranquility,” according to the newspaper.

An “impromptu” Little Rock celebration scheduled for 8 a.m. June 30 was set to be followed by a more formal event once Robinson was officially notified of his nomination. Arkansas Govs. Thomas Chipman McRae and Harvey Parnell — then the state’s top executive — joined Robinson’s entourage on the train to his Little Rock reception.

Despite the local fanfare, the Smith-Robinson ticket did not take the White House, which would be occupied for one term by President Herbert Hoover and Vice President Charles Curtis, Republicans.

Robinson went on to become the majority leader of the Senate during the Great Depression and worked with President Franklin D. Roosevelt to pass the president’s New Deal legislation. 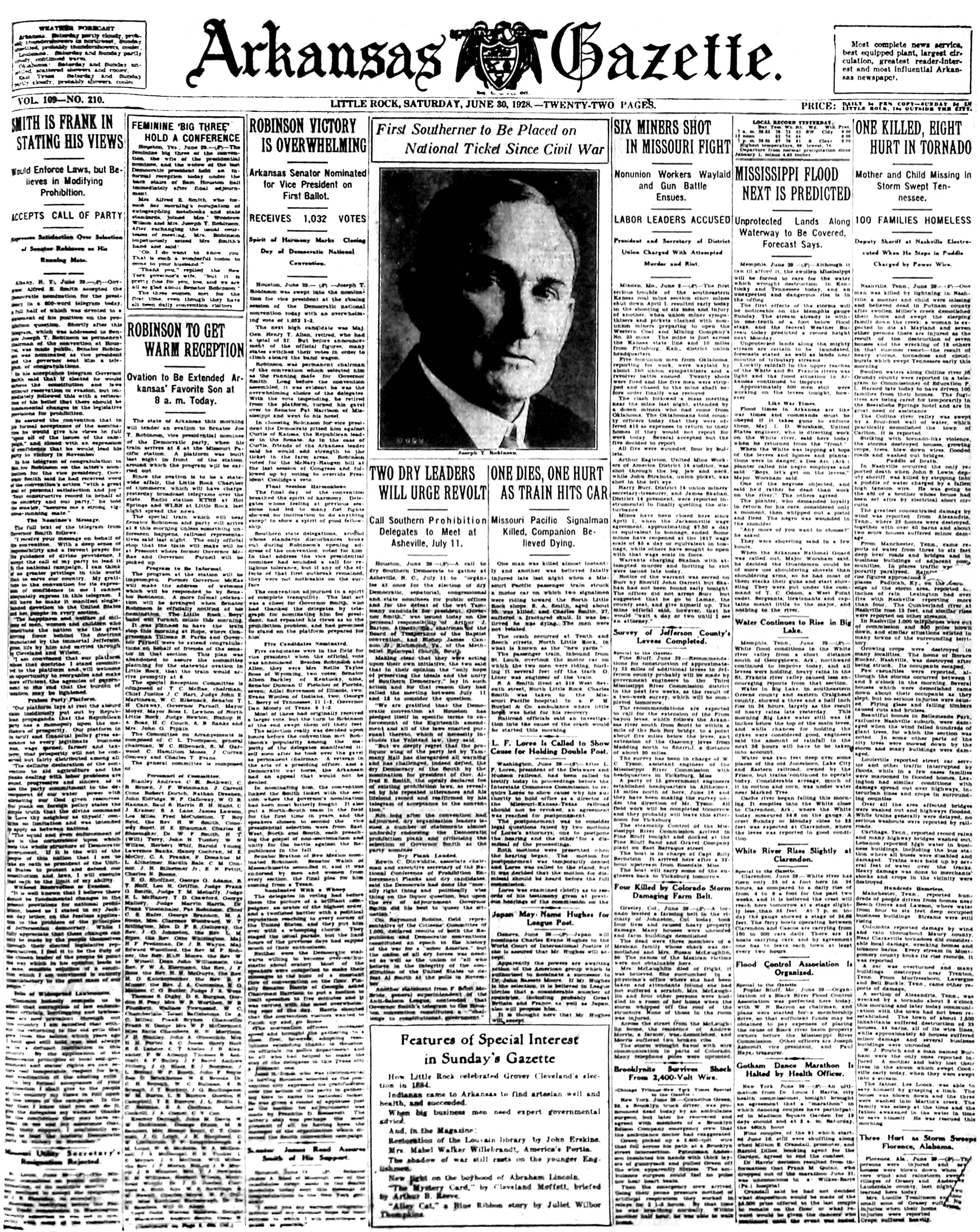