Jan. 28, 1967, was an unusually heavy news day for a Saturday, as this Page 1 of the Arkansas Gazette suggests. Against a deadly calamity in the Apollo space program, unrest in China, the police shooting of a child in Chicago, and a bitter battle in Vietnam came the first indictments in an unfolding prosecution of cruelty and corruption in the state prison system.

Former Gov. Orval Faubus had hinted at what the Gazette called long-rumored sordid conditions at the facility then called Tucker Prison Farm when in summer 1966 he ordered the State Police to investigate Prison Superintendent O.E. Bishop’s complaint that inmates were getting drunk at Tucker.

Assuming security for the Tucker farm and handling a sit-down strike by 140 inmates at Cummins kept the State Police too busy to complete its report until early in the term of newly elected Gov. Winthrop Rockefeller. Appalled, he released the report, and the Gazette published excerpts.

Prominent among its lurid details were accounts of torture — naked prisoners strapped to a table and shocked using the “Tucker Telephone,” a hand-crank telephone adapted to convey electric current. A series of shocks was a “long-distance call.” When police searched the grounds, they found the telephone in Bruton’s former house, in a shoebox in a closet.

(Among the Gazette reporters who covered different angles of prison corruption and the drive for reform were Anne Reeves, Jerol Garrison, Bill Lewis, Doug Smith and Ernest Dumas.)

Rockefeller appointed a reform-minded expert in penology, Thomas Murton, to clean up Tucker and later made him superintendent of prisons after Bishop resigned. The governor and Murton would clash over how Murton told the press about skeletons at Cummins — which he assumed were murdered inmates — before reporting to the state. Rockefeller fired him in March 1968.

As for Bruton, he drew sympathy at first because he had been injured in a car wreck, but he was charged with violating inmates’ civil rights. A jury acquitted him on eight counts, and after a mistrial in 1970 on a charge of directing telephone calls, District Judge J. Smith Henley allowed him to plead no contest in exchange for a $1,000 fine and a one-year prison term — suspended, the judge said, because “the Court doesn’t want to give you a death sentence.” 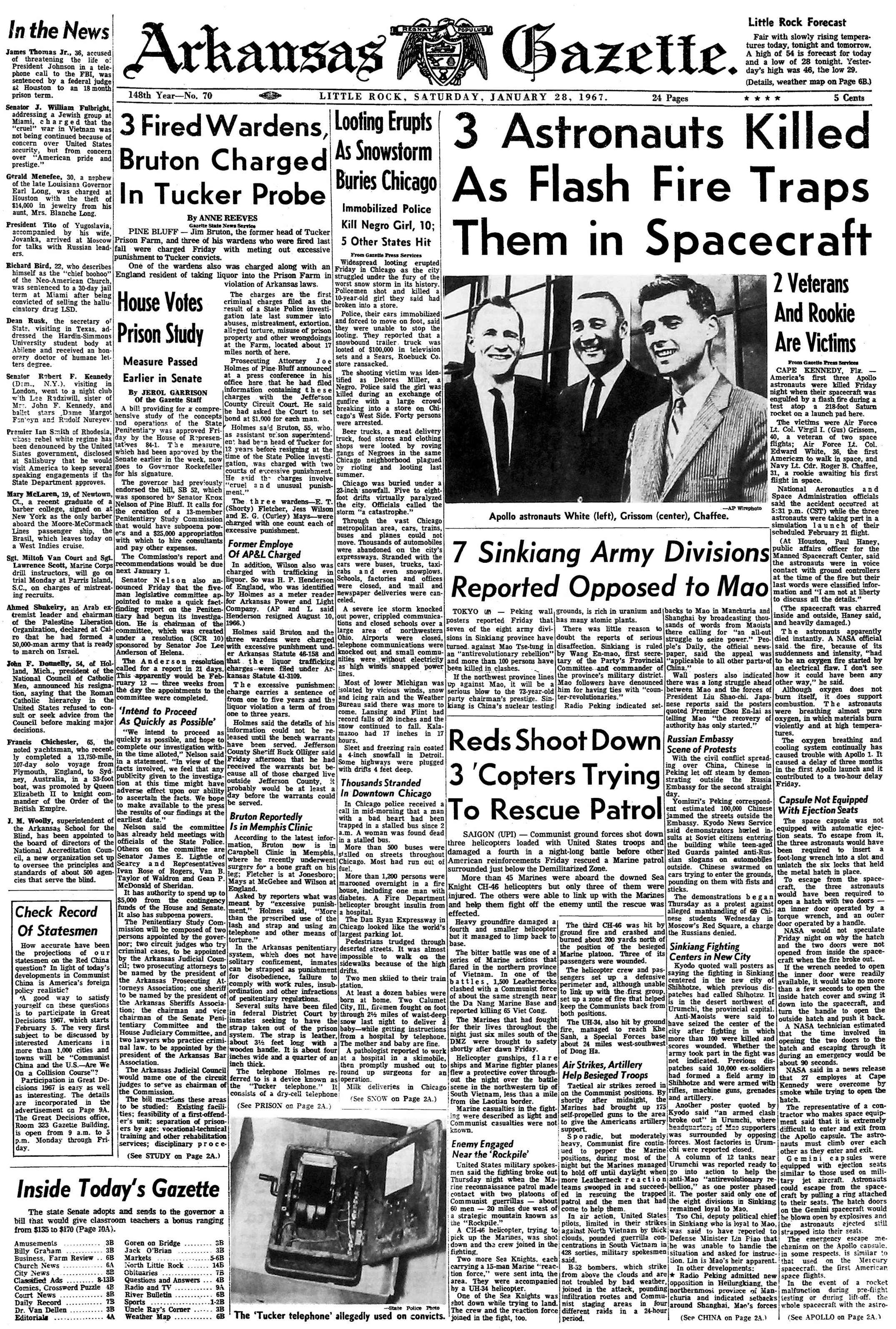