North by Northwest was a standout spy thriller of a movie that romanticized travel by train in the United States.

But such glamorous depictions could not save passenger service by train.

A mere 12 years after the movie was released, Little Rock was to see the last passenger train run by a major private railroad.

That day’s Arkansas Gazette had front-page stories about the end of passenger railroad service and the pending birth the next day of its replacement, the National Railroad Passenger Corp. — known as Amtrak.

One Page 1 story was out of Washington where Senate Majority Leader Mike Mansfield of Montana tried to stop the government’s railroad from going online. The other Page 1 story was about the state’s U.S. House delegation meeting in Little Rock with Transportation Secretary John A. Volpe, who said it would be a “disaster” if Amtrak was blocked from starting May 1.

Inside the newspaper, on Page 3A, was a story about a ride recently taken by a reporter on Missouri Pacific Railroad’s passenger train. The story noted that the MoPac engine pulled just two day coaches and a dozen people boarded.

The reporter did not appear to be a train enthusiast.

“As the train inched forward, picking up speed, a set of wheels at the rear loosed a series of unholy growls as though they were being forced into a curve but were unable to yield. And for the remainder of the trip, the wheels beat an erratic tattoo on the rail joints, a clacking noise that is the rhythm section to a railroad buff’s ears but a maddening distraction to the less tolerant.”

In St. Louis, the reporter hopped on a plane and was back in Little Rock in less than an hour.

A short sidebar gave the schedule for the last train: The MoPac train was to originate in Texarkana at 5 a.m., arrive in Little Rock at 7:55 a.m. and terminate in St. Louis at 3 p.m. (A Page 1 photo in the May 1 Gazette showed who boarded at Little Rock.) The return train started at 5:30 p.m. and arrived at Little Rock at 11:45 p.m.

The loss of U.S. mail-hauling contracts has often been cited as the cause of death of passenger trains, but railroads killed the majority of them for profit reasons — ridership had dropped for decades, thanks to automobiles and airplanes. The May 1 Gazette said an estimated 20,000 passenger trains ran in the 1930s.

Little Rock wasn’t one of the cities served at first by Amtrak; the route from Chicago to Houston went through Oklahoma. It took until 1974 for Amtrak to come through Arkansas.

Today, Amtrak’s Texas Eagle goes daily through Arkansas, one northbound to Chicago and a southbound to San Antonio. It’s possible to ride all the way to Los Angeles. 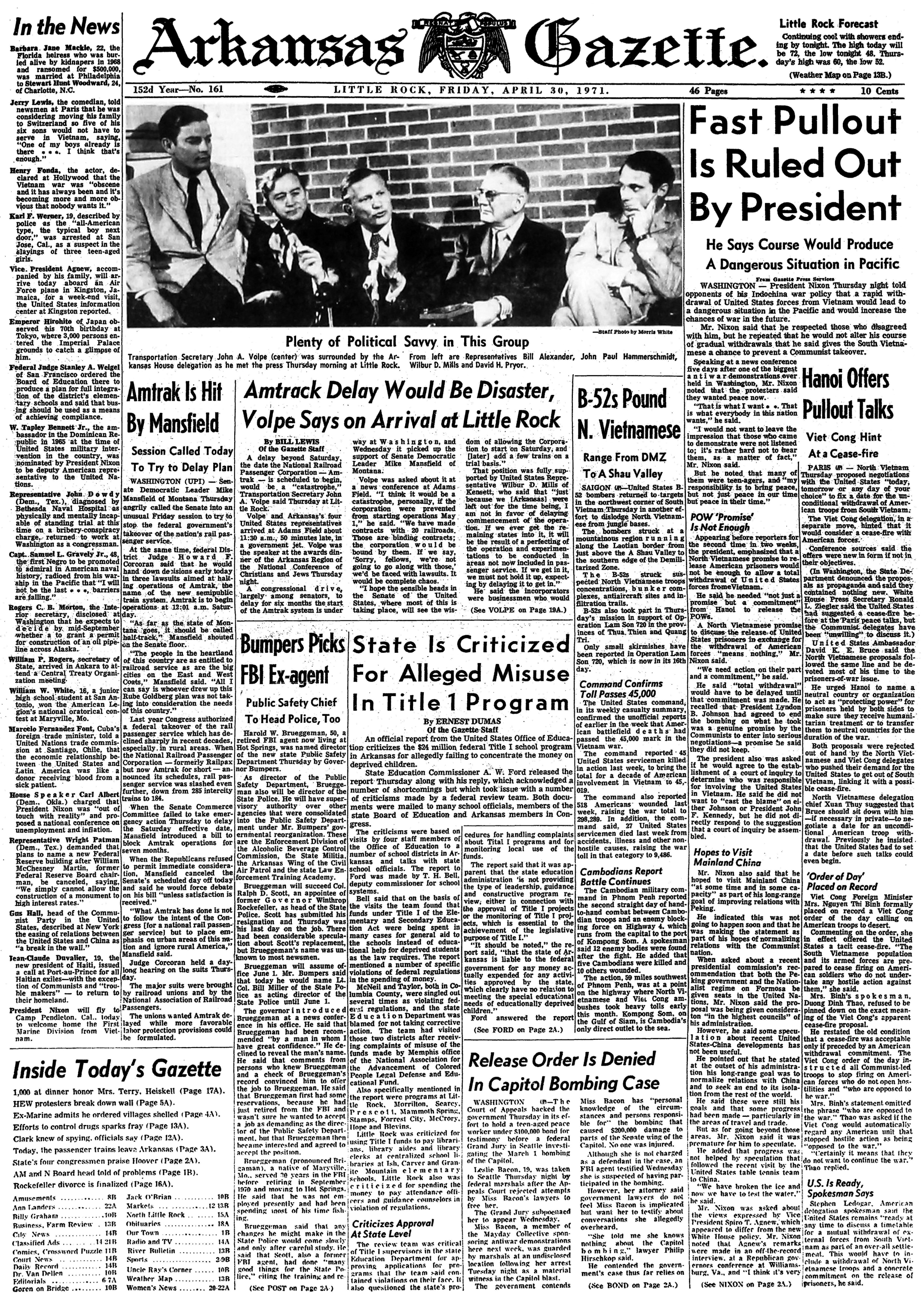 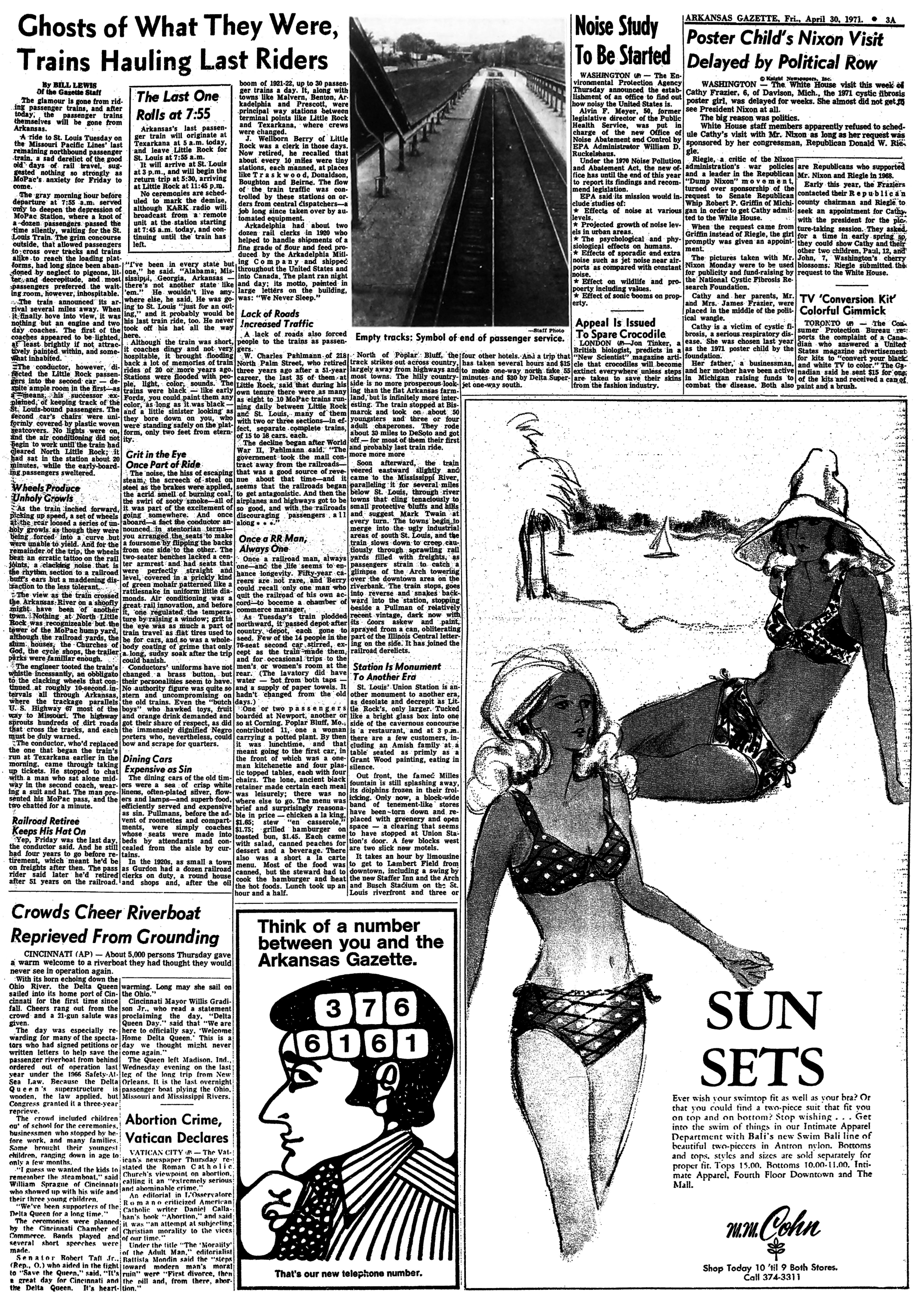