1973 was the year President Richard M. Nixon abused the power of his office to mask his involvement in the Watergate break-in, a petty bit of political espionage. As the scandal unfolded that year …

And then congressional hearings into the Watergate scandal began airing on TV. Fired White House counsel John Dean testified, with his blond wife behind him; and a former White House aide revealed that Nixon secretly recorded everything in the Oval Office.

You could almost fan front pages, pull one at random and get a civics lesson. For instance, this underwhelming-looking Page 1 of the Arkansas Gazette appeared Dec. 29, 1973, as the tumultuous year clattered toward its close. No screamer headlines, no stunning images of joy or catastrophe, but in its columns are ongoing agonies: Watergate, financial scandal in Pulaski County, fuel shortage.

1973 was also the first year in more than 70 years that the Gazette was not edited daily, at least in small doses, by John Netherland Heiskell. The paper’s longest serving editor had died, age 100, at the end of 1972; the front page that Dec. 29 was his obituary. Heiskell held that a newspaper should be more than a mechanical recorder of news. 365 hard-news days later, smack in the middle of Page 1, starving prisoners shove one another aside to get at — to eat — a prehistoric fish or lizard uncovered by thawing ice. This was the first of a three-part excerpt from The Gulag Archipelago, 1918-1956. Nobel laureate Alexander Solzhenitsyn’s book described cruel suppression of political dissent in the very un-American Soviet Union.

A newspaper, Heiskell said, should be “a moral and intellectual institution rather than an industry or a property.” 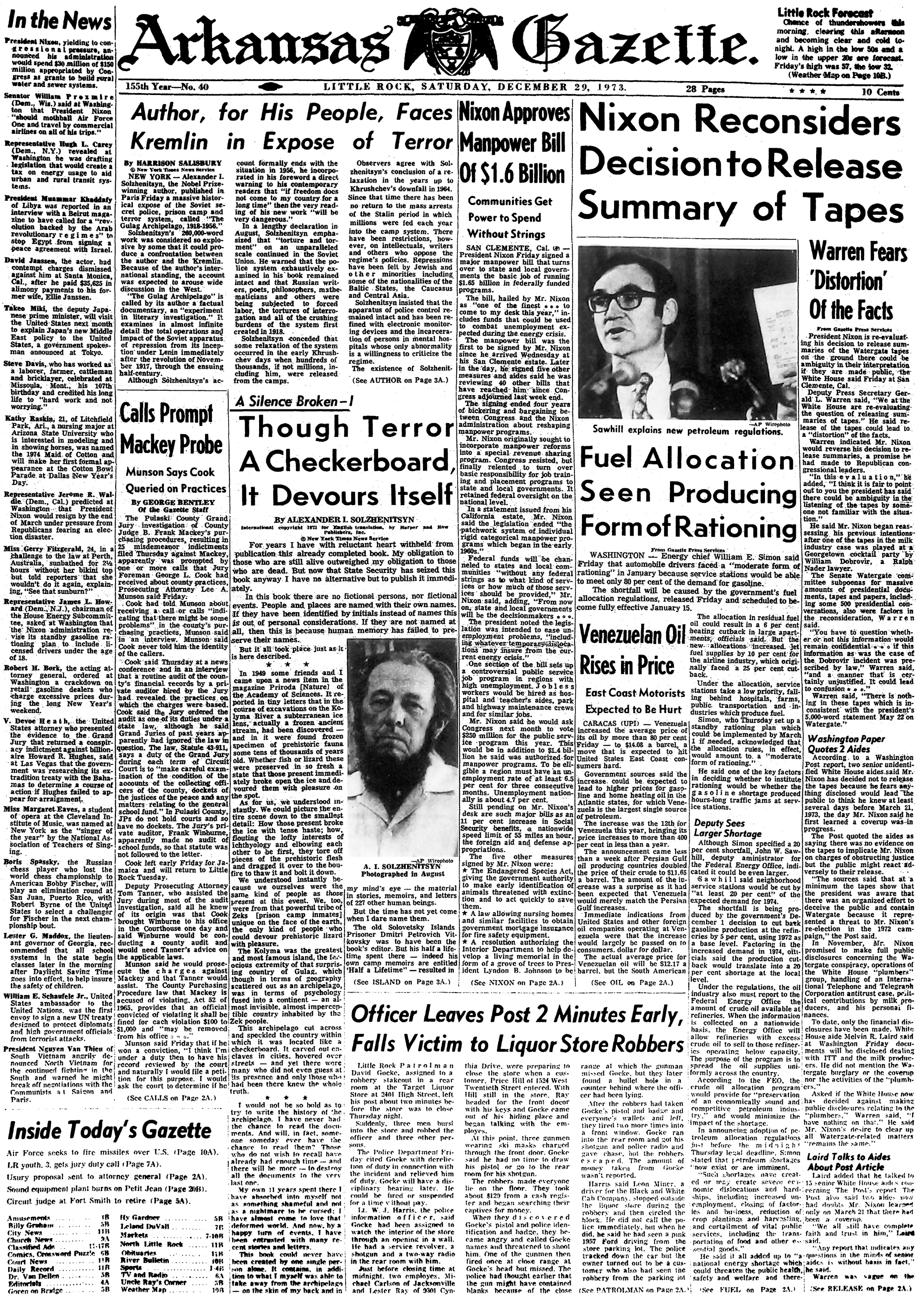 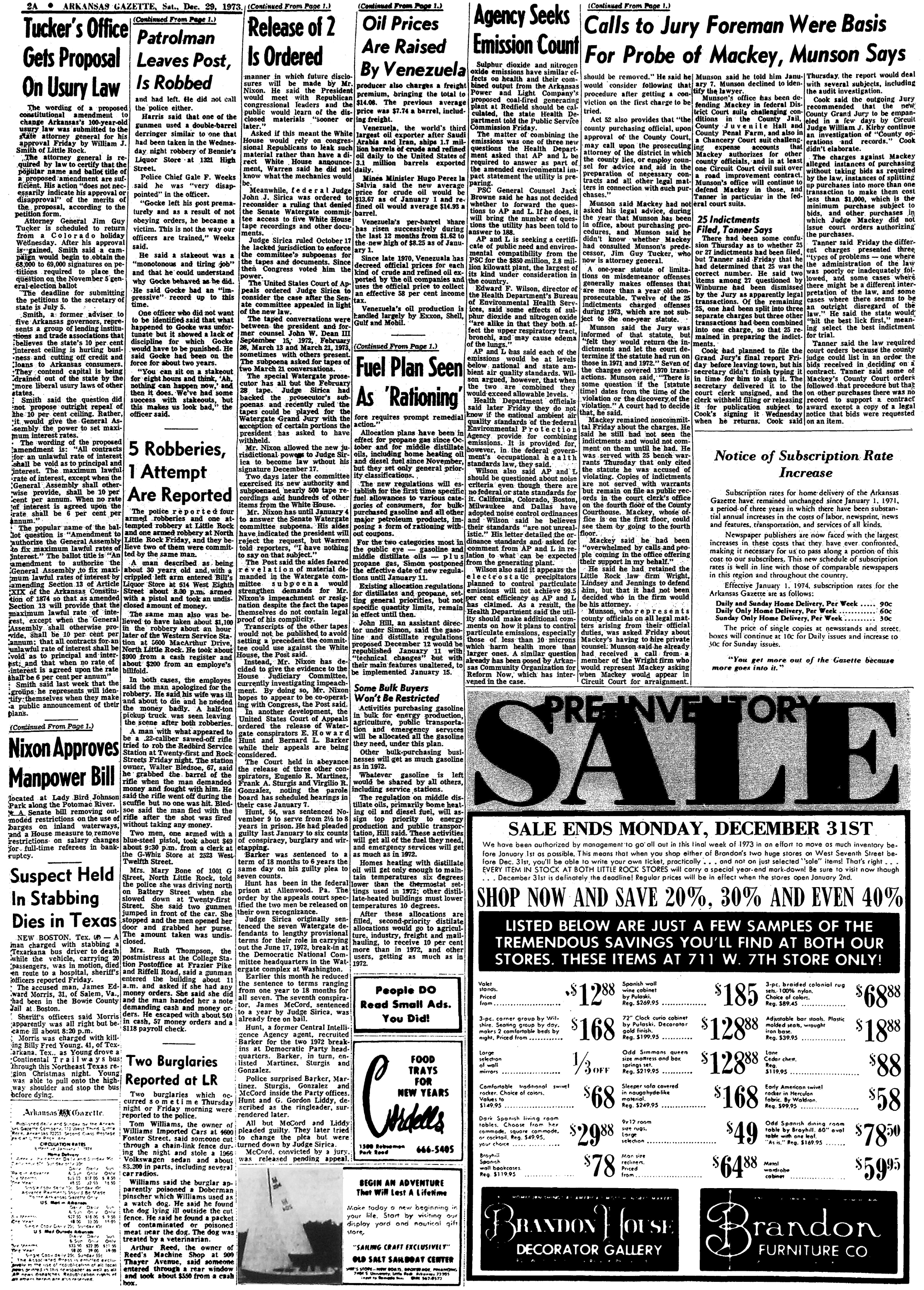