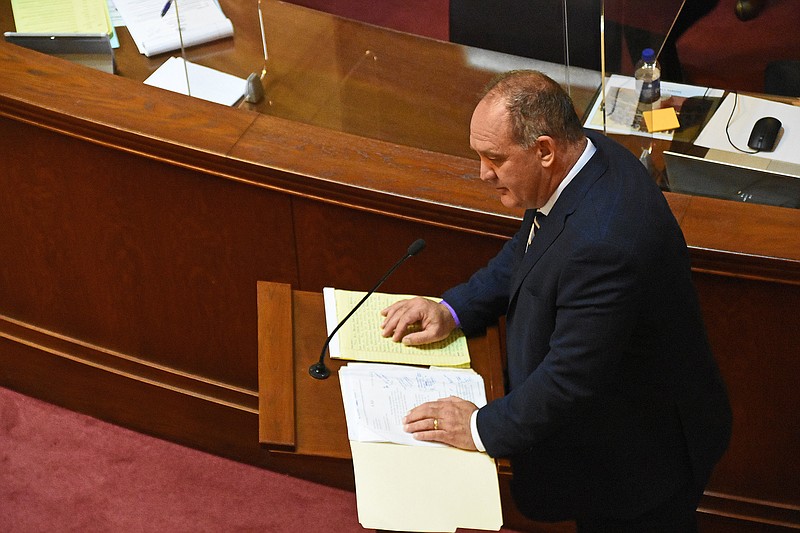 After years of calls for Arkansas to adopt tougher penalties on hate crimes, a bill touted by sponsors as an effective solution to disagreements over protections is working its way through the Legislature.

But support from traditional advocates for such laws has been absent after some accused lawmakers of pushing "sham" legislation.

Back up: What’s the history of hate crime legislation in Arkansas?

Arkansas is one of three states without a hate crime law, the other two being Wyoming and South Carolina. (Hate crime laws allow enhanced penalties for crimes perpetrated because of a victim’s background or identity, such as race or gender.)

Such bills have been introduced multiple times over the years, including during this session of the General Assembly (read about that here), but efforts to pass legislation have been bogged down, particularly because some conservative lawmakers and interest groups do not want LGBTQ people to be counted as a protected class.

How is this new bill different?

Senate Bill 622 would allow prosecutors to seek longer prison terms for certain violent crimes where victims are targeted based on their inclusion in an identifiable group that shares "mental, physical, biological, cultural, political, or religious beliefs or characteristics."

It does not list which groups would count as protected classes, and its sponsors have explicitly described it as not a hate crimes bill.

What do proponents of the new bill say?

House Speaker Matthew Shepherd, R-El Dorado, who is one of the bill’s sponsors, has defended the bill from criticism over its broadly written language. He said the language ensured the bill would cover more protected groups, not fewer.

The bill has also received support from Gov. Asa Hutchinson and from the Arkansas State Chamber of Commerce, whose president and CEO, Randy Zook, said not having a hate-crimes law makes it harder for businesses to recruit people to work here.

What do opponents of the bill say?

In a statement denouncing the bill as a "sham," the Anti-Defamation League said last week that it would not consider Arkansas to have a true hate-crimes law if SB622 is enacted. The Human Rights Campaign and the Urban League of Arkansas also released statements opposing the bill.

The Family Council, a faith-based advocacy group that has been influential in opposing past hate-crimes legislation, also opposes the bill.

The bill passed the Senate on Wednesday with no votes from Democrats and now heads to a House committee.

Read more about the legislation’s creation here and about the vote in the Senate here.