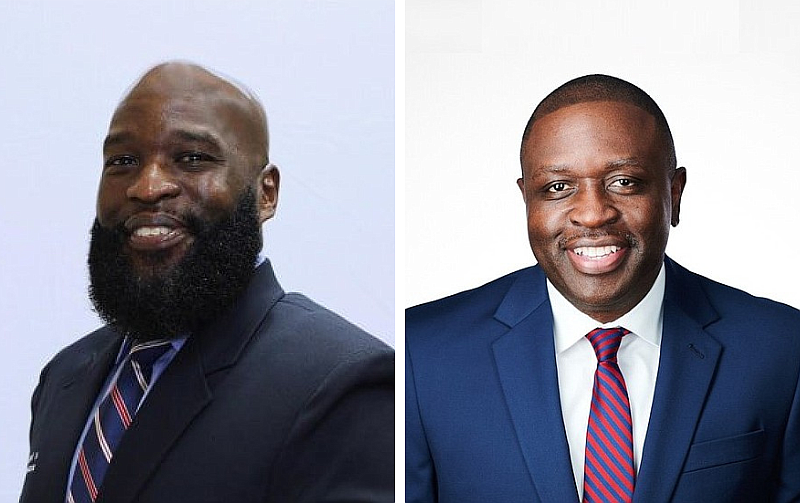 Two candidates remain as finalists to become the Little Rock School District’s next superintendent: Jermall Wright and George “Eric” Thomas. Here are the basics on each of them.

What are their histories in education?

He started his career with a decade of work in a Christian academy that was affiliated with his hometown church before moving into public education. Much of his career has been focused on improving student achievement at schoolwide and districtwide levels.

Thomas has most recently worked as an educational consultant. He has not been a superintendent but was deputy superintendent/chief turnaround officer for the Georgia Board of Education from 2017 to 2020.

Previously, he was a high school social studies teacher in Cincinnati where he rose to be chief innovation officer in the 35,000-student system. He developed an early digital academy, two gifted academies and a national career and technology education instruction program.

What are they interested in when it comes to the Little Rock School District?

Wright said the idea of working with a school board is hugely appealing, calling the Little Rock board "extremely motivated" for success.

Thomas described the Little Rock district in an interview last week as being the perfect size -- a sweet spot -- in terms of districts that have the best chance to improve. Smaller districts can struggle with finances, he said, while changing larger districts is often difficult because of their size.

What do they believe they offer to the district?

Wright said he offers to Little Rock his ability to unite people around goals, and his experience in a variety of rural, suburban and urban districts using education solutions that are "grounded in evidence, diversity, equity and inclusion."

Thomas said the needs of the Little Rock district align with his experiences and skills, noting the urban nature of the district and the existence of low-achieving campuses.

What would they focus on if selected?

Wright said he puts a strong focus on literacy, namely in pre-kindergarten, kindergarten, first and second grades rather than on the grades in which students are administered state-required tests. That focus on the early grades can pay off by the time children reach third grade.

Thomas called himself "a huge advocate" of the community schools or community learning centers, of which Little Rock has four with two more in development. Thomas also said growing student enrollment would be important.